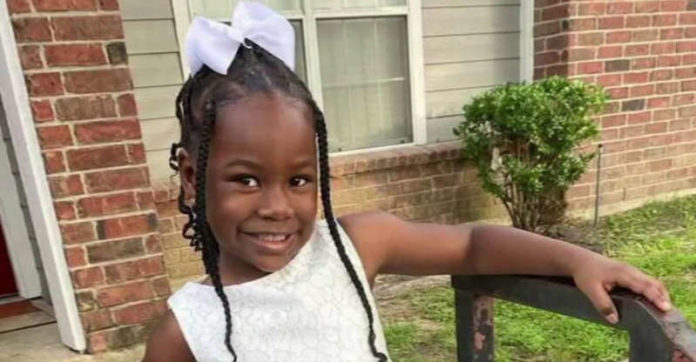 George Floyd’s four-year-old great-niece Arianna Delane was shot at night while she was sleeping in what her father claimed was a targeted attack. Arianna was one of the two children and four adults who were sleeping inside the second floor of their south Houston, Texas apartment when a shooter opened fire at around 3 am on New Year’s Day.

Arianna was sleeping in the front bedroom when gunfire broke out. She survived the attack and is recovering after emergency surgery for a punctured lung and liver. She also suffered three broken ribs.

“My daughter jumped up and said, ‘Daddy, I’ve been hit’ and I was shocked until I saw the blood and I realised my four-year-old daughter was really hit,” Arianna’s father Derrick Delane told ABC 13 Houston.

“She didn’t know what was going on. She was asleep,” he added.

Houston police in a statement said they do not know the possible motive of the firing or if the girl or other family members were targeted. Mr Delane claimed it was a targeted shooting but did not elaborate.

The family has accused the police of a delayed response and said officials did not arrive until 7 am.

Houston’s police chief Troy Finner said in a statement that an Internal Affairs investigation has been launched into the late response.

“I am aware and have concerns regarding the delayed response time in this incident and have initiated an Internal Affairs investigation,” he said.

“I ask the city to continue to pray for the child’s full recovery and assist in providing information that would lead to the arrest of the suspect or suspects responsible.”

George Perry Floyd Jr. was an African-American man who was murdered by police officers in Minneapolis, Minnesota, during an arrest . Derek Chauvin, one of four police officers who arrived on the scene, knelt on Floyd’s neck and back for 9 minutes and 29 seconds. After his murder, protests against police brutality, especially towards black people, quickly spread across the United States and globally. His dying words, I Can’t Breathe” became a rallying cry.