Gambia’s Touma, Others Discuss Women’s Participation in Politics at Summit 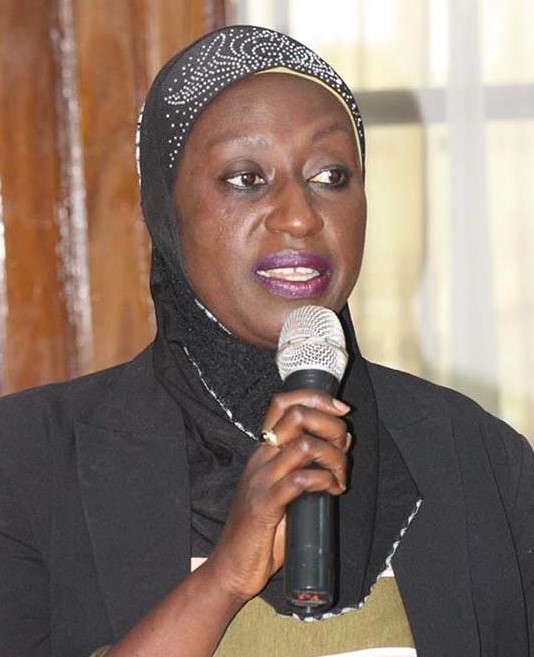 The Speaker of the ECOWAS Parliament, Mr. Moustapha Cisse Lo has disclosed that ECOWAS Female Parliamentarians Association, (ECOFEPA) has championed the legislation for the enhancement of women participation in politics in West Africa.

Cisse Lo made this disclosure at the end of a three day conference on Single Currency organised by ECOWAS Parliament in Dakar Senegal.

Mr. Cisse Lo said, “Women through the instrumentality of ECOWAS Female Parliamentarians Association, ECOFEPA, have championed the legislation for the enhancement of women participation in politics in West Africa.

“I acknowledge the roles played by the ECOFEPA, women caucus, with citizenry of the community.”

“The improvement of legislation for the citizen’s empowerment and their contributions towards ensuring further participation of women in political life in West Africa”.

International Women’s day is celebrated on March, 8th every year as a focal point in the movement for woman’s rights. This year’s theme which is #BalanceforBetter is a call to action for driving gender balance across the world.

Some Female members of the ECOWAS Parliament who spoke on what the day means to them.

Mrs. Veronica Sesay, who is also a member of the Parliament of Sierra Leone, said the International Women’s Day is a great day because it is very essential for women to be recognized for their role in the society.
She decried the fact that women are the vulnerable and contribute immensely to the society, out of the whole year; the role of the women is just acknowledged just a day out of 365 days in a whole year.

According to Mrs. Sesay” we are mothers, sisters, Aunties, so I am very much happy that this day is a day that should be worth celebrated by every woman.”

In my own parliament in Sierra Leone we have 12% representation but not withstanding, we interact because we have the male champions that work in collaboration with us whenever we have issues of women they come along with us.

“Just two weeks ago, we adopted a resolution for peace and security, for all the women in the whole world, in the adoption there is violence against women, affirmative action, all these was embedded in that resolution, in my country.”

“We don’t discriminate against women in Sierra Leone, just that sometimes, it is very difficult for women to come on board, but if we have the affirmative action adoption put in place, things will be better.”

Fatoumatta Njai, a member of the Gambian National Assembly, said women should be celebrated every day, because of the role they play in the society.

She noted in the Gambian Parliament, female parliamentarians are only seven percent.

For Ama Pomaa Boateng, a Ghanaian Parliamentarian and a member of ECOWAS Parliament said the day creates opportunity to promote the advancement and recognition of roles of women in any society.

Politically in Ghana, Boeteng noted that there has been increase in women participation.

She said, “Women should strive to compete favourable with their male counterparts.