Gambia’s 1,031-capacity conference facility which cost $50M slated for inauguration – and it will be named after former president Sir Dawda Kairaba Jawara 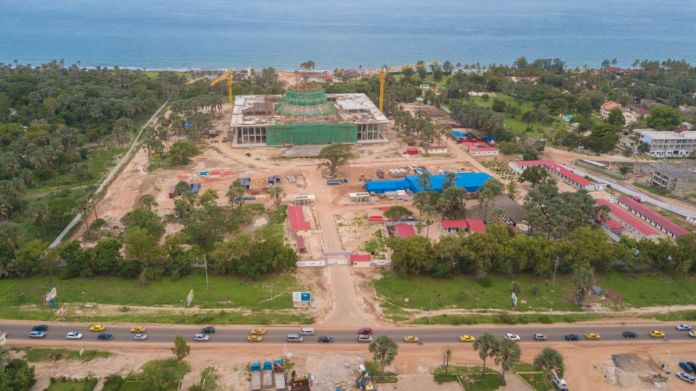 The 1,031 capacity conference centre which will be the centrepiece of the Organisation of Islamic Cooperation summit to be held in The Gambia in 2022 will be inaugurated on Saturday 11 January.

President Adama Barrow in September 2017 laid the foundation stone for a conference centre as The Gambia braced to host last year’s OIC summit. That planned failed after the imcompletion of the building and the country later allowed Saudi Arabia to host the Muslim-nations-only gathering.

Chinese constructors have now completed work and the building is set for inauguration. The complex cost 50 million dollars and the money is a grant from China.

The Ministry of Transport, Works and Infrastructure in a statement said
ICC will be inaugurated by President Adama Barrow on 11 January.

The ministry said: “The ICC, which is a grant by the People’s Republic of China, is a state-of-the-art facility consisting of a plenary hall with seating capacity of 1,031, four adjoining conference halls, VIP rooms, bilateral rooms, press room, meeting rooms, offices, banquet halls and entertainment spaces with beautiful fauna and sea view. The ICC is a symbol of the friendship and cooperation between The Gambia and The People’s Republic of China.