‘Gambians Value Elections, But Few Trust the Institution That Manages Them’- Afrobarometer 2021 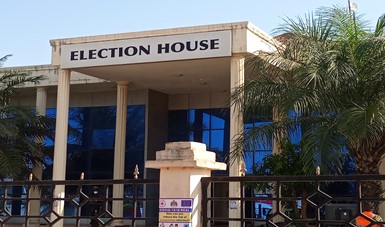 On 4th December 2021, Gambians will head to the polls in their first presidential election since the end of Yahya Jammeh’s 22-year dictatorship.

Incumbent Adama Barrow, who shockingly defeated Jammeh in 2016 with the backing of seven opposition parties is seeking re-election at the head of his new National People’s Party.

The election promises to be intensely competitive in the freer political and media landscape that Gambians have enjoyed under Barrow.

Ahead of the election, the latest Afrobarometer survey findings have revealed that the majority of Gambians believe in the value of elections, but very few of the voting population trust the Independent Electoral Commission (IEC).

“Although they see their most recent presidential and parliamentary election in 2017, as having been generally free and fair, popular trust in the IEC, the country’s electoral body has declined,” Afrobarometer 2021.

Afrobarometer is a pan-African, nonpartisan survey research network that provides reliable data on African experiences and evaluations of democracy, governance, and quality of life.

The Afrobarometer team in The Gambia, led by the Center for Policy, Research and Strategic Studies (CepRass), interviewed a nationally representative, random, stratified probability sample of 1,200 adult Gambians in January and February 2021. A sample of this size yields country-level results with a margin of error of +/-3 percentage points at a 95% confidence level.

According to the survey findings, most Gambians value elections as the best way to choose their leaders and are generally

satisfied with the quality of their most recent election. This is significant because it suggests that Gambians desire to leave Jammeh’s authoritarian legacy behind in favour of a new era of democracy.

“One concerning trend is the decline in popular trust in the IEC. For the upcoming elections to meet citizens’ expectations and build trust, the commission must be seen to be both independent and capable in its management,” the Afrobarometer report points out.

KEY FINDINGS OF THE 2021 AFROBAROMETER SURVEY

An overwhelming majority of Gambians support elections as the best way to choose leaders (88%) and believe that elections work well in enabling voters to remove leaders who don’t do what the people want (85%). However, a smaller majority (57%) say The Gambia needs many political parties to ensure that voters have a real choice.

In the last national election, in 2017, about two-thirds (64%) of Gambians who were of voting age at the time say they cast ballots. Three in 10 (30%) say they attended a campaign rally, and 11% report working for a candidate or party. While, seven in 10 Gambians (71%) say the 2017 election was generally free and fair, and 78% believe that announced election results were accurate.

Another highlight of the report is that small minorities report a variety of flaws in the 2017 election, including that some people’s votes were not accurately counted or fairly reflected in results (16%) and that police or soldiers, rather than election officials, assisted voters (15%). Despite fairly positive assessments of election quality, only about half (49%) of citizens say they trust the Independent Electoral Commission “somewhat” or “a lot,” a significant decline compared to 2018 (64%).

Almost nine out of 10 Gambians (88%) endorse elections as the best method for choosing leaders. Support for elections is uniformly high across key socio-demographic groups.

A similarly overwhelming majority (85%) think elections in the Gambia enable voters to remove leaders who do not fulfil the people’s wishes, a belief supported by Barrow’s victory over Jammeh in the 2016 election.

Despite near-unanimous demand for elections, support for multiparty competition is weaker: 57% of Gambians say many political parties are needed to ensure they have real choices in who governs them. But more than four in 10 (42%) believe that political parties create division  and confusion, and the country would be better off not having many of them (political parties)

Support for multiparty competition is stronger in the cities (64%) than in rural areas (47%) and increases with respondents’ education level and age.

PARTICIPATION IN THE 2017 ELECTION

While almost all Gambians support elections, far fewer participate in them. Excluding those who were too young to vote in 2017, about two-thirds (64%) of respondents say they voted in the most recent national election, while 35% say they did not.

Three in 10 (30%) say they attended a campaign rally, and 11% report working for a candidate or party. About one in eight (13%) say they were contacted by a political party representative during the campaign.

As reported by survey respondents, voting rates were considerably higher in rural areas (80%) than in cities (52%). Young citizens (57%) and the most educated respondents (47%) are far less likely to report having voted than their older and less educated counterparts.

While some elections are tainted by irregularities, fraud, and corruption, seven in 10 Gambians (71%) describe the 2017 parliamentary election as free and fair, including 55%

Even among respondents who say they “feel close to” the political opposition, more than two-thirds (69%) see the election as having been generally free and fair (Figure 8).

One aspect of a fair election is that results announced by the Independent Electoral Commission correspond to the actual vote count and reflect the choice of the electorate. More than three-fourths (78%) of Gambians believe this was the case in the 2017 election, while only one in 10 respondents think announced results were “not very” or “not at all” accurate.

Even among opposition supporters, 77% accept the announced results as reflecting the votes as counted.