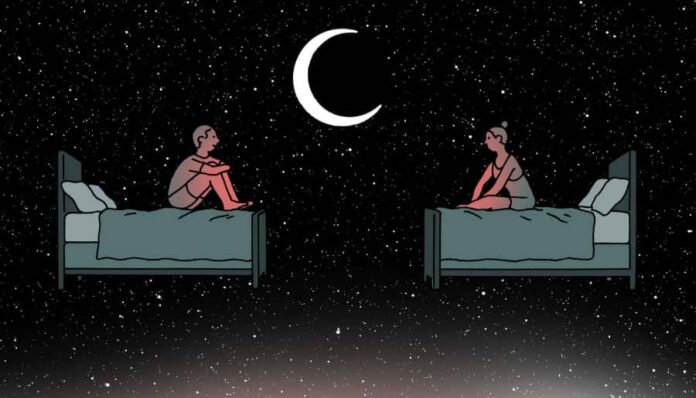 Marriage, also called matrimony or union, is a culturally and often lawfully identified union between people called spouses. It solidifies bonds and commitments between them, as well as between them and their children, and in-laws.

Being away from your partner can feel strange and confusing, hence marriage is a commitment of sincerity to be together, the long distance can question that commitment and strain your relationship.

Lack of physical intimacy in a long-distance marriage can leave you feeling sexually frustrated and prompt you to look for the company of someone else or adopt a sickness that will forever infuriate you. As the chaos of distant marriage remains unfolded, people’s lives are being affected.

“Marriage is every woman’s dream come true, we are optimistic and anxious to get married, but we fail sometimes because we don’t learn to own each other,” Said Ramou Janha

Mrs Janha said she has been married for over 25 years and her husband left for abroad when she was just pregnant with her son who is now 19 years and has since not had sex with any man for nearly 20 years on.

“I was forced into marriage at a young age, my husband left for the United States when we were just 4 years into marriage and since then he has never come to visit because he is not having papers. I tried to break the marriage on several occasions, but my parents and family members always threatened to disown me if I ever break that marriage. I and my husband have two children, and they have all finished school and still waiting and hoping to see their father one day,” Mrs Janha expressed.

Mrs. Jonha lamented that she developed a sickness due to her not having sex for a while and that whenever she feels like having sex, she masturbates herself. Adding she is old now and has no choice but stay in the marriage for the sake of her children and leave the rest to God.

Abou Sey explained how his marriage broke after his wife travels abroad. He affirmed that he and his family were having good times until when his wife’s sister proposed to his wife to go work abroad hence his business was down and things were difficult at that time having to raise three children and renting was tough.

“It takes us two years arguing about the issue of my wife travelling abroad, as a result, she left to live with her parents. I followed her there because I love her. She and her sister in support of her brother were preparing her papers underground and I didn’t know anything. I just woke up one Wednesday and my wife said I’ll be travelling this evening. I was startled that I cried my heart out, only to see my wife’s family preparing a farewell for her.”

Mr Sey said he was so devastated that if he was not strong enough, he would have gone insane by now. Explaining that their marriage was okay at the beginning when the wife just left and was also struggling to provide for his family until 3 years later when his wife asked for a divorce only for him to find out that his wife was pregnant for a white man.

“I will never marry a woman who is away and even if I travel, I will never marry someone who is far from me because I experienced real hardship and I don’t have faith in distance marriage or relationship,” said Mr Sey.

Haddy Kujabi confessed that her marriage was broken because she travelled and left her kids and husband behind.

“When I was travelling, my son was one year that day and that was the same day I stopped breastfeeding him. I was tempted by the money being paid, thinking that if I go for two years my life with my family will change and we will have a house of our own,” said Ms Kujabi.

She complained that her husband left her thereafter she travelled because people were telling him that she was into prostitution but that was not true.

“I tried to explain to my husband that his instincts were wrong and that I only go to hustle and come back for us to have a better life, but he refused, and he was so angry at me. My in-laws, friends, and family all blame me for breaking my marriage and accused me of things I never do all because I travel and there was a distant relationship between me and my family.” Kujabi expressed.

She said if she had known that his travel would have caused her to lose her marriage, she would not have gone hence every day she prays that her ex-husband learns the truth and hardship she faced leaving her family behind.

Oustaz Gai said Islamic marriages are broken after 3 years if the husband has not been calling nor involved in intimacy or providing for the wife.

“You cannot marry a woman and leave her without giving her the needs in marriage. Some people are married for years, yet they don’t know that they are not into marriage but adultery. Marriage is a bond that connected two people, not one. Allah forbids forcing people into marriage not to talk of forcing them to commit for years to “un-halal” intimacy and ‘wallahi’ this is haram,” Gai stressed.

He said he is not saying distance marriage is haram, but everyone has their due and every marital vow demands to be fulfilled, adding people follow society and culture more than what Allah said and put lots of people into the discomfort of life.