Gambian Woman Explains How Her Husband, Son Died in Libyan Prison, Others 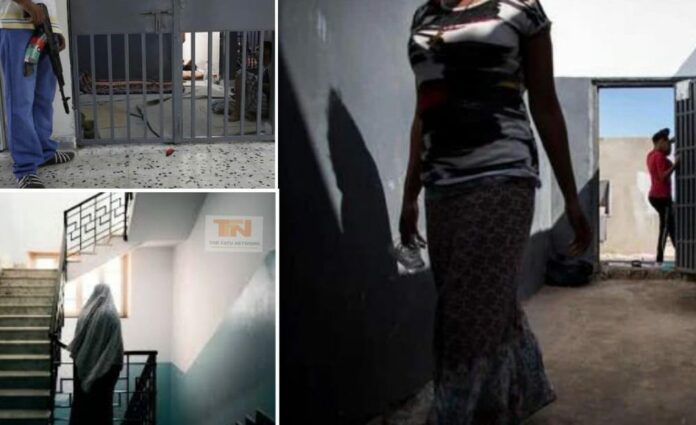 Fatou Darboe, a 33-year-old Gambian who returned from Libya last year, has recalled her harrowing experience and how she lost her beloved husband and son who died in a Libyan prison.

Ms. Darboe who travelled to Libya on a regular journey to work with her husband a decade ago explained her terrible experience.

“I was with my husband in Libya because he facilitated my travel. We spend nine years together. Years later, my husband had high blood. When he recovered, we tried to cross to Italy so that he can get proper treatment, and we were arrested and taken to prison.

I was three months pregnant while in prison. My son was sick in the prison and after three days, the doctors recommended for him to undergo surgery, we were taken to one hospital and my son died,” she recounted with tears.

The grieving mother said one month after the death of her son, her husband also died in the prison. “My husband was sick, and the prison conditions are terrible, so he died after eight months in the prison.”

Ms Darboe then decided to return with her three children to The Gambia.

“I really need support because am a single mother taking care of three children. We are living in a difficult situation and my children are now going to school. I want people to support their school fees,” she urged.

This traumatized woman is disparately in need of support to live a normal life after the terrible experience with her little children.

Apart from Fatou Darboe, many other migrants were exposed to all forms of violence such as sexual assault, torture, discrimination, and imprisonment among others coupled with financial stress.

Kaddy Jammeh is also a migrant returnee, and she explained how her husband and brother died in Libya.

“My husband was sick in Libya, and he died. My brother was also killed by criminals who attacked him and requested a huge amount of money, which he couldn’t pay. They beat him to death. His body was dumped and the following day he was buried,” she told The Fatu Network.

The mother of one further stated that she voluntarily returned with the support of the International Organization for Migration (IOM) to save her life and her only son.

“I decried to return because the difficulties black peoples continue to face is huge. Since the war started, things became extremely difficult. Getting jobs became difficult and the value of their currency also dropped. Criminals keep attacking people in their homes and workplaces,” she narrated.

The young mother said her son is now attending school but paying school fees is challenging.

I don’t know whether they have his money or not, but nothing is clear to me. The construction is still where it stopped because I don’t have anything. I require people to support me and my son,” emotional Ms. Jammeh narrated.

Yahya Jambang, the President of the Voluntary Migrant Returnee Association, a newly registered association aimed to bring voluntary migrant returnees under one umbrella, said he has been in Libya for twelve years.

Jambang, who returned last year, said he was working in Libya to go to Europe. However, his dream began to fade when the war started in Libya in 2011, leading to President Muhammed Gaddafi’s killing.

“I was working before the war started, but things began to change and job opportunities also started fading. The security of the country is at threat. Criminal activities increased. I was in prison on several occasions under terrible conditions. I decided to return home for my safety,” he narrated.

Mr. Jambang disclosed that since they returned, they are being supported by the German Advisory Council (GAC) on various pieces of training.