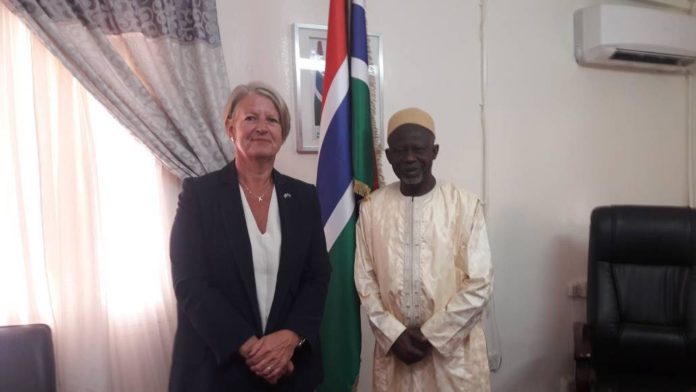 The High Commissioner of the United Kingdom, Her Excellency Sharon Wardle and the European Union Ambassador to The Gambia, His Excellency, Attila Lajos, Tuesday April 10, 2018 held discussions with the Honourable Minister of Foreign Affairs, Ousainou Darboe, in his office in Banjul.

The UK High Commissioner discussed with the Hon Minister preparations for the fast approaching Commonwealth  Heads of Government Meeting inLondon, UK and the various events that are of significance including round table on Zimbabwe, sharing of The Gambia’s experience on the control of plastic bags and what appears to be modern slavery in Libya.

The discussion with the European Union Ambassador centered on the forthcoming donor conference in May as well as best practice on migration. 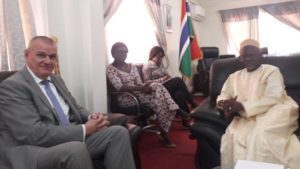