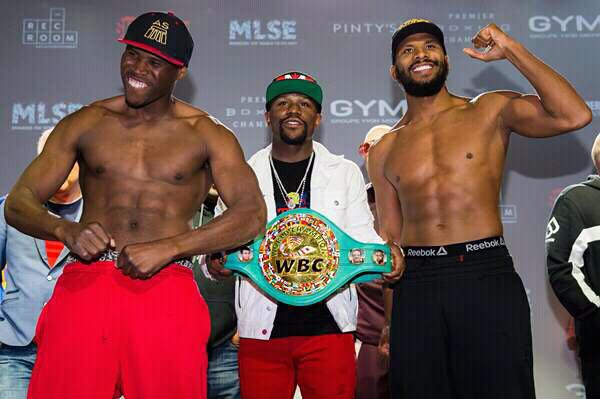 The much hyped fight between the hard hitting Canadian, and The Gambia’s own, our Olympian Badou Jack is tonight. At the weigh in yesterday, in the Superman’s own backyard of Toronto, he promised victory by knockout.

“I’m ready for anything he brings. I’m going to win.”
Stevenson has the home advantage, and he’s also the more experienced of the two, especially in the light heavyweight division. This is his ninth defense of the title, which has seen him knockout guys like Dawson and Bellew.

This is Jack’s second fight at the weight, having made an easy meal of Britain’s Cleverly in his first fight at this category. When the two traded words at the weigh in, Jack promised to rip the belt from the reigning champ. “Tomorrow, we’ll have a new WBC champ in sha Allah.”

The fight will be aired on Skysports from 2:30 am. Gambia, pray for your son.