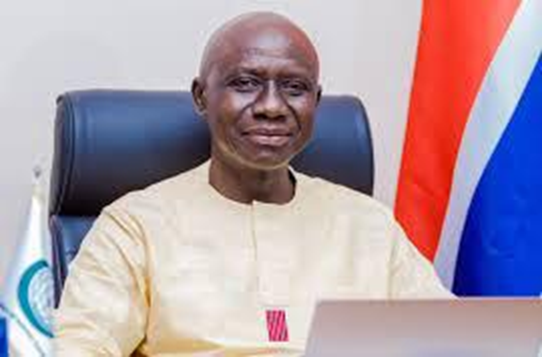 Yankuba Dibba, Chief Executive Officer of the Organization of Islamic Cooperation (OIC) Gambia Secretariat told journalists at a press briefing on Monday 20 June 2022 that the date and month for hosting of the biggest Islamic heads of state and government summit which is schedule for this year is yet to be confirmed, disclosing that the date can only come from all member states.

Mr. Dibba disclosed that three quarter of the OIC projects are funded by the Saudi government and also updated the public about the funding of the OIC Gambia projects.

“The fifty kilometer urban roads projects at a cost of $50m is entirely funded by Saudi. The $10.2m VVIP presidential lounge at the airport is 100% funded by Saudi. Water and electricity which is at a cost of $32.5m is totally t is funded by Saudi, but the Bertil Harding project of $79m is co-funded by the Arab Development Bank. There are also the equity funds, Islamic development fund and Gambia government,” he told journalists after having a close-door meeting with the new Saudi Ambassador.

Following the OIC Secretary General’s visit last week, Mr. Dibba said Gambia will undoubtedly host the summit. However, the OIC CEO referenced the outbreak of the coronavirus pandemic and the Russia-Ukraine war as features that where never highlighted in any development plan but noted that they have badly delayed the progress in some of the OIC projects as the materials used are imported from those countries.

Asked about the date and month for the summit, he said, “Naturally, this is an issue for the entire member states. OIC is a structure comprising 57 countries that have to be part of any decision with regards to date,” he added.

Speaking further, the OIC CEO denied the ongoing rumor that Gambia will not host the Summit as proposed before. “What is no doubt is that Gambia will host the summit following the OIC Secretary General’s visit in the Gambia, adding that dates are flexible in the sense that they can be discussed. But we all know the world situation. Things can dramatically change for example, we were not expecting the Covid-19 and the Russia-Ukraine war all these are possible factors that were not planned for,” he said.

The Organization of Islamic Cooperation (OIC), which is the world’s biggest Islamic summit with 57 member states, was postponed in the Gambia in 2019 due to delay in work progress.