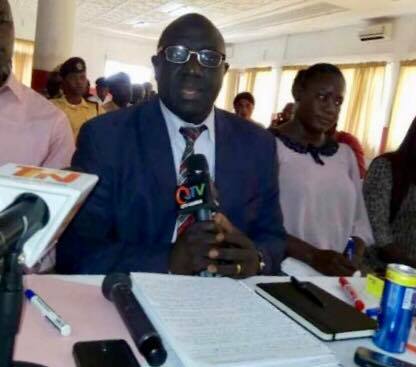 Badjie told journalists at a press briefing that the planned national consultation on the draft National Security Policy is scheduled for 19th and 20th September, at the Ocean Bay Hotel in Bakau.

“A total of 150 participants will attend the consultations,” Security Adviser Badjie said.

Retired Colonel Badjie said the most critical deficits that perpetuated security malfunctions was the absence of overarching policies which describes the institution beyond the Constitutional provisions.

“The Government through the SSR Steering Committee had constituted a Drafting Committee for the purpose of drafting the first ever National Security Policy for the Gambia,” he said.

He added that the members of the drafting committee were drawn from seven security institutions in the country with technical expertise from the International Advisory Group from UN, AU, ECOWAS, EU and USA.

The National Security Adviser went further to explain the importance of security particularly human security which he said is fundamental to people’s livelihoods, poverty reduction and sustainable development goals amongst others.

“Democratic institutions cannot be strengthen to the desired level in the absence of security,” Badjie told journalists.

He highlighted the five thematic areas that they would focus on namely, Strategic Context, Threats and Challenges, Framework of National Security Policy, Gender mainstreaming in the security sector and security sector institution.

Ebrima Sankareh, Government Spokesperson on his part said one of the most difficult things that the country faced in the past 22 years was in the security sector.

The Government Spokesperson said since the removal of dictatorship, the country with its international partners felt the need for security sector reforms.