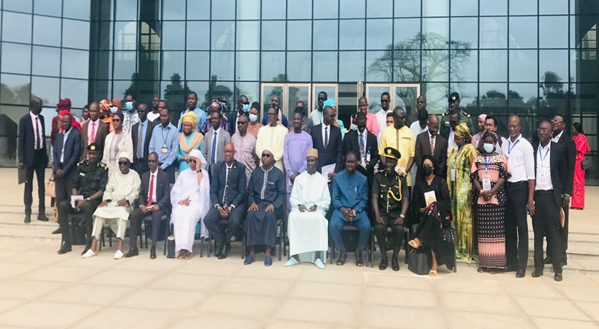 The Gambia Revenue Authority (GRA) on Wednesday 13th April 2022 launched its first ever Taxpayers Charter at the Sir Dawda Kairaba Jawara International Conference Center in Bijilo. The event was graced by senior government officials and partners.

The Taxpayers Charter is expected to serve as the blue print for revenue collection in the country.

Yankuba Darboe, Commissioner General of The Gambia Revenue Authority (GRA) said taxation is the largest source of government revenue, adding that the existence of the document will help GRA tax collectors and taxpayers to better understand tax issues.

He added that the GRA is operating in a challenging environment by asking people to and businesses to pay tax through their hard earn money, expressing hope that the Taxpayers Charter will help to address most of the country’s challenges on taxation.

The taxpayers charter explains the rights and obligations of taxpayers as provided in the revenue laws with a view to promote cordial relationship between GRA and its taxpayers.

The charter is also to expected to build a customer service culture that strengthens partnership between GRA, Taxpayers and other stakeholders.

Mambury Njie, Minister of Finance noted that the Taxpayers Charter is a step in the right direction, adding that the country depends on tax to implement most of its programs.

According to the Minister, the Charter aims at enhancing efficiency and transparency in the revenue mobilization system. “The Charter also specifies the Authority’s commitment to providing services to taxpayers in a way of enhancing transparency within the tax services,” he said.

Mr. Njie called on both GRA and taxpayers to commit themselves to upholding the principles enshrined in the document.

Representing Shyben A. Madi and Sons Enterprise, Ganesh Shinde thanked the GRA and partners for launching the document which he said will make their work easy.

“This document is very important as it will help to better understand our rights and work smoothly with GRA,” he said.

Mr. Shinde called on business operators to commit themselves in paying tax for national development.

Other speakers include Essa Jallow GRA, Deputy Commissioner; Yahya Manneh, GRA Director of Technical Services among others. They all commended the GRA for coming up with the initiative.