Gambia gets poorer: Poverty rate surges to 53.4 per cent 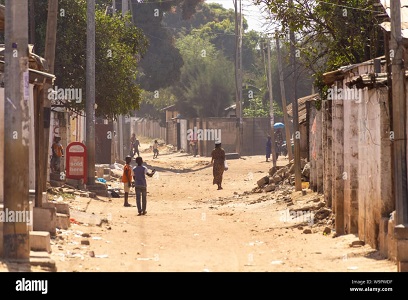 The World Bank has reported, according to statistics from The Gambia Poverty and Gender Assessment 2022 report, a 53.4 per cent climb in the poverty rate in the Gambia largely due to the COVID-19 pandemic. According to the report, the national poverty rate declined from 48.6 per cent in 2015 to 45.8 in 2019 before the COVID-19 crisis.

However, there is a great disparity between rural and urban poverty in the country, with almost seventy (70) per cent of rural inhabitants being poor as opposed to just thirty per cent (30) among urban dwellers.

“Poverty rates remain more of a rural phenomenon — 7 out of 10 rural dwellers are poor; compared to 3 out of every 10 urban dwellers. However, the larger share of poor people lives in urban areas in the more populous Southwest, mainly in Brikama.”

The report further states that to mitigate the pandemic’s effects, some households resorted to migrating from urban to rural areas and splitting large households into smaller sizes as observed during the pandemic’s peak in the second and third quarters of 2020.

“It is important to note that there was significant progress registered prior to the pandemic in improving key indicators of welfare such as school attendance, maternal and child health, and access to water and electricity. The report provides insights to inform the recovery agenda from the COVID-19 pandemic as well as mitigating the spillover effects from the ongoing war in Ukraine,” said Feyi Boroffice, World Bank Resident Representative.

Although, despite the surge in poverty rate, the report states that there are already signs of recovery which can be maintained with strides in improving the quality of education, maternal and child health, etc.

“… Preliminary estimates indicate that per capita GDP growth recovered, from a decline of 2.4 per cent in 2020 to growth of 1.2 per cent in 2021. Projections suggest that this could have reduced poverty rates in 2021 from 54 per cent to 53 per cent. According to the report, the recovery can be sustained if The Gambia makes strides in improving education quality, maternal and child health, access to water and sanitation, electricity, and school attendance.”

The report urges investments in agricultural productivity, recommends resilience to weather shocks and increasing river salinization, and supports the tourism sector by improving infrastructure, diversification, etc. This, it states, will help mitigate poverty and help the poor.

The report further added: “The report outlines the necessary reforms to leverage The Gambia’s youthful population and discusses gender differences in health and learning outcomes as well as in access to labour market opportunities to inform the design of well-targeted reforms to uplift the lives and livelihoods of the poor,” said Sering Touray, World Bank Poverty Economist.