Gambia Gets Elected to AU Peace and Security Council 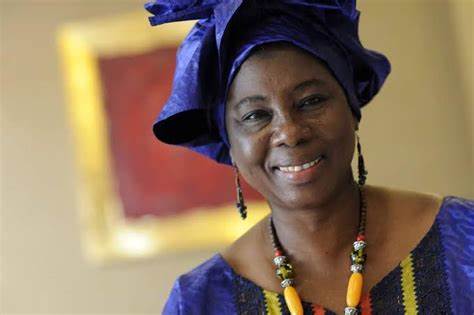 Gambia’s Vice President Dr. Isatou Touray has said that The Gambia is appreciative of its election by the Executive Council to the Peace and Security Council (PSC) for the term 2022 to 2024, while noting that The Gambia is committed to fulfilling its obligations as stipulated in the Protocol of the PSC.

VP Dr. Touray was speaking during the debate of the Reports of the African Union on the State of Peace and Security on the African Continent in Addis Ababa, Ethiopia on behalf of President Adama Barrow.

She noted thus that principally, “our agenda will be underlined by the imperative to strengthen our security and governance infrastructures, augment our democratic disposition and address the critical issues on the protection of the welfare of women and children.”

“The Assembly in its immense wisdom appreciates the need to handle some critical issues with a nuanced approach for a viable solution. As such, The Gambia supports the position espoused by President Macky Sall to organise the next meeting of the Troika based on Decision 693 as the continent cannot be engaged on a debate that will unfortunately create unnecessary polemics.”

“The Gambia trusts that this path is the only avenue to maintain our pan-African solidarity and ensure that the maxim of “African Solutions to African problems” is given the required visibility and respect.”

During the AU Summit between 5th and 6th of February 2022, VP Touray said that The Gambia welcomes the reports of the Union on the state of peace and security particularly in the context of the undemocratic tendencies that have recently be deviled the ECOWAS region.

“We are profoundly concerned by the recent efforts to abrogate our democratic and constitutional order. The putsches that have lately transpired are fundamentally incongruent with our democratic aspirations.

As a consequence, The Gambia fully supports the principled position of ECOWAS in condemning the recent overthrow of democratically elected governments in the Sub-region and on its firm call for the immediate restoration of constitutional order in the concerned countries. With equal vigour, we condemn the recent failed attempt against the constitutional order in the sisterly Republic of Guinea Bissau.”

“We are confident that with the vast wisdom of this Assembly, guidance will be provided on the need to reinforce the synergies and complementarities between the African Peace and Security Architecture (APSA) and the African Governance Architecture (AGA).”

She further “informs this august Assembly that The Gambia had a successful Presidential election in 2021 and H.E. Adama Barrow was re-elected. This successful outcome validates the reform agenda that he has competently spearheaded since he assumed office in 2016.

The Gambia applauds the African Union, ECOWAS, the United Nations and other development partners for the sustained support of our reform agenda. The Government of H.E. Adama Barrow is steadfast in ensuring that this momentum is continued and progressive programmes will be implemented to consolidate our democratic dividend.”