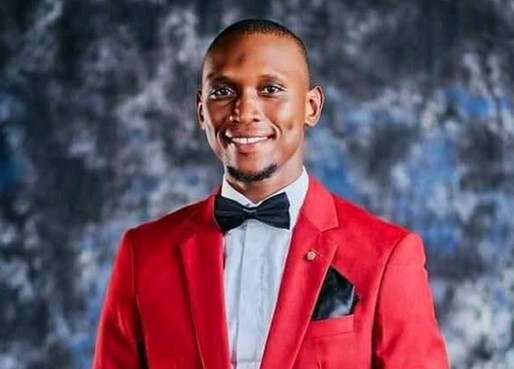 Ebrima in his piece published a few weeks ago expressed that the newly introduced airport levy paid by incoming and outgoing passengers at the Banjul International Airport was just another strategy being applied by the officials of the institution to steal from the Gambian people.

‘’I want to state here unapologetically, and in equivocal terms, that the 20 Dollars that is obtained from incoming and outgoing passengers in Banjul International Airport is a complete daylight robbery! For the record, such charges, whether called Airport security charges, Airport tax or service fees are all levied on the ticket that passengers buy. Hence, if you bought a ticket, you have paid all these charges. Therefore, no name qualification can justify this illegal means of obtaining money,” Ebrima said.

The Civil Aviation Authority reacted to the allegations by firing Dampha for what they described as a violation of the Institution’s code of conduct which provides that no employee should contribute to any publication relating to the functions and activities of the institution. The sacked Human Resources officer’s dismissal was made known through an official letter dated January 4th, 2022.

‘’The decision was premised on your violation of the provisions of SSR (0713) which states that no employee should contribute to any publication of any matter that reasonably can be regarded as relating to the functions and activities of the Authority. Additionally, the same provision states that no employee without the expressed permission of the Director-General will express an opinion for publication on any matter affecting the organization or work of the Authority”.

Speaking exclusively to The Fatu Network, Ebrima L. Dampha confirmed his dismissal. Dampha said he knew the implications of his publication and will do it again if he could in the interest of the country.

‘’ I am sad yet honoured that my service was terminated on the basis of having an opinion on a wrongful practice. As indicated, their decision is not based on any incompetence, corruption, or malpractice, hence, I am vindicated.  But notwithstanding, I am afraid for the future of our public sector, especially for the young people. I believe this is not about me, this is kidnapping the future of the young people of our country, and this is about normalising corruption by caging anyone who wishes to speak up. This is a clarion call for every meaningful Gambian to stand up and resist, legally and professionally,’’ Ebrima said.

Asked if he will take any legal action, this is what he had to say:

‘’ Yes Sarjo, Immediately and unhesitatingly, I am going to the courts to seek redress. Leaving this matter unchallenged will be the worst precedent one could set, and don’t want to be associated with that side of history. And even further to that, I am a Human Resource Officer both in practice, learning and teaching, what will I tell my students regarding unlawful dismissal, policy opportunism and abuse of office if I did not challenge this rhetoric’’

The Gambia government last year introduced a 20USD tax levy on inbound and outbound travellers at the Banjul International Airport. The move sparked wide condemnation and disapproval from both travellers and players in the Tourism industry who believe it was bad for business, especially because airport levies on passengers are generally known to be included in ticket costs.