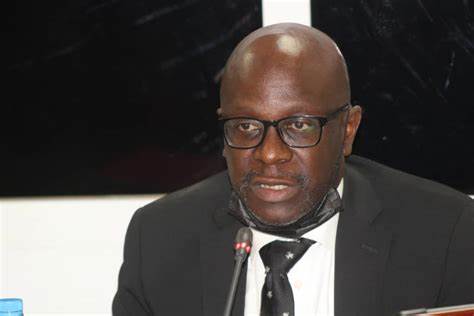 The President of the Gambia Bar Association has called on the Adama Barrow led government to expeditiously introduce a new constitution and repeal all undemocratic laws.

Lawyer Salieu Taal entreated The Gambian Government to overhaul the draconian and undemocratic laws conceived, designed and used to perpetuate dictatorship in The Gambia.

“It is disheartening to say the least that we still have the same constitution that was amended more than 50 times and the same draconian laws used to persecute the citizenry under a brutal dictatorship,” Lawyer Salieu Taal said.

He further noted that the laws of the land in a democracy must not be oppressive and against democratic values or offend human rights principles, as many Gambian laws have done and continue to do over the years.

“As a rule of law institution, the Bar is calling for the expeditious introduction of a new constitution and the repeal of all the repugnant/undemocratic laws that don’t conform to international human rights norms and values in a democracy,” he said.

Taal maintained that the rule of law is the bedrock of a democratic society. Indicating that it is not only about the fair application and respect for the law of the land but goes further to presuppose that the laws of the land are just and equitable.

“The cornerstone of the Rule of Law is the equality and fairness of the laws. The laws of the land in a democracy must reflect the republican values of the state and empower the citizens to exercise their constitutional and statutory rights without any undue hindrance,” he said.

He used the opportunity to state clearly that members of the bar acknowledge the great improvements in the justice delivery system and increased confidence in the fairness and independence of the Judiciary.

The Bar Association he stated also recognises and acknowledges the role of the Executive in respecting the independence of the Judiciary.

He however recognised and stated that, “despite ad hoc efforts to clear case backlog, court cases take too long to be completed and Judges/Magistrates still record proceedings by hand in 2022.

The delays in criminal cases are caused by many factors and this is a great concern as it impinges on the fundamental rights of defendants,” he revealed.