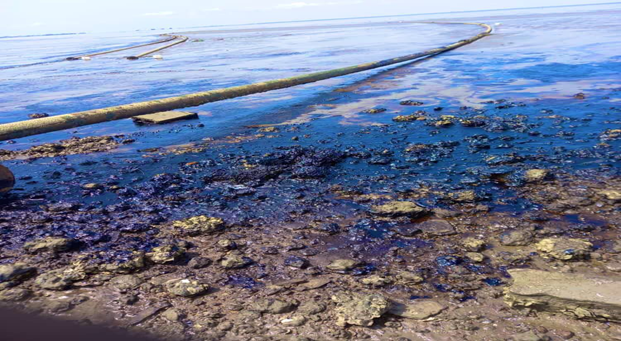 In a press release, the National Environment Agency and Gambia Maritime Administration and other key stakeholder institutions have said the management of Gam Petroleum was summoned to an emergency meeting held on Sunday the 29th of May to explain the circumstances that led to the oil spill.

“During the briefing, stakeholders were informed that the preliminary figures indicated that 1,501.334 metric tons HFO was discharged from the ship but the fuel depot just recorded 1,430.469 metric tons as received. Based on the fact that the difference between the quantities pumped by the ship and the amount received by the depot was roughly 70.865 metric tons which approximately translates to 70, 865 litres, it is assumed that the difference is the quantities of HFO discharged into the sea is caused by a ruptured submerged pipe through which the HFO discharged to the shore tank GP,” the press release reads.

It further went on to assure citizens that relevant stakeholders are aware and plans are being put in motion to address the situation while also seeking the cooperation of the public during these times.

“The public is hereby informed that GMA, NEA, PURA, GPA and other relevant stakeholders are aware of the incident and necessary actions are being taken to address the situation. We indulge the support and cooperation of the general public while this unprecedented situation is being addressed appropriately,” it concludes.