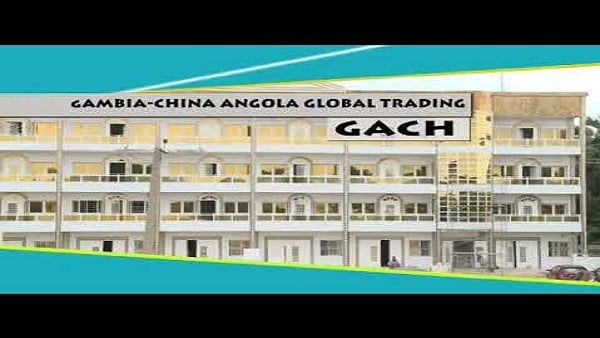 GACH Global has issued a statement setting the record straight regarding the vexed fuel supply saga as well as the misappropriation of one million Euros.

Below is the company’s statement issued on Wednesday:

There have been many rumours circulating in media circles centering on Mr. Abubakary Jawara and the fuel lifting saga at Gampetroleum as well as the case of missing 1 Million Euros. Both matters have been the subject of Police investigations and it was prudent to let that process play out before issuing any public statements.

For so many years, especially during the Jammeh era, the fuel importation and distribution sector was deemed to be the sole reserve of a few very often non-Gambian business men. This sector was a no-go area for indigenous Gambian business men and was often shrouded in a lot of secrecy. As luck will have it the Government after its assumption of power in 2017 implemented a series of policies which lifted the shroud of secrecy on this sector and made it easier for Gambian businessmen to venture into hitherto reserved business sectors.

In keeping with this move towards Gambians venturing into and taking ownership of key business sectors, it comes as no surprise that Mr. Abubakary Jawara, a serial entrepreneur decided to venture into the fuel sector. Gach Global Trading made bids for the supply of fuel to GNPC with a bid price that is $20 lower per tonne than any of the closest competitors. This favourable and unmatchable price put Gach in a prime position to win the bid without any external influence whatsoever. Any suggestions that this bid was won through any undue influence or political patronage are absurd and at best unrealistic in light of our very competitive bid price.

The uproar in certain circles with regards to the involvement of Gach in the energy sector is baffling. This boils down to a trend that has come to encompass our attitude to our fellow Gambian folk. We increasingly take tough and aggressive stances towards Gambian business men and women striving to forge a path in the challenging Gambian business sector, very often ridiculing and pulling them down while we are all too willing to roll out the red carpet for foreign business entities and turn a blind eye to their activities even when detrimental to our interest as a nation. If we are to grow as a country we ought to do better. The makers of these social media statements ought to know better as in this day and age of fast information unverified statements of this nature have far reaching and damaging consequences. We have always maintained our availability to verify or clarify any information, but then again this will not fit into the sinister agenda of these unrepentant propagators of mischief.

Of further concern is the fact that all these personal attacks are inextricably linked to political agenda as the makers of these statements believe that an attack on Mr Abubakary  Jawara constitutes an attack on the President. While understanding that this is a campaign period, responsible politicking demands honesty and objectivity in our criticism of each other. It is concerning that the President will receive critique for encouraging and supporting Gambian businesses. Business men that may claim any association with the President are painted as rouges while business men associated with other political parties even when found to be involved in questionable business practices are tagged as “victims of witch-hunts”.   Since 2017 the number of Gambian entities in key sectors like energy, telecommunications, hospitality has increased exponentially with much positive effects on the wider economy. Such divisive attacks which have only increased as we approach elections while might seem to offer short term political dividend are counterproductive and leave permanent cracks in our social fabric.

Returning to the topic at hand, our company received funds from our client being revenue from fuel supplies. The funds were held at our bank accounts for future payments to our suppliers. A staffer who was leading operations on the fuel supply arm of our business concocted a plan to misappropriate a significant amount of money from the company. The said staffer informed management that our supplier had requested prompt payment of the previous month’s fuel supplies. It is our belief that the staffer used forged messages to convey urgent payment demands from the purported supplier. Relying on the trust placed on this staffer as the head of supply operations a transfer of 1Million Euros was made to the account provided in what we believe to be a false invoice conveyed by the Staffer as emanating from the supplier.

We believed everything was well and fine until a recent investigation raised the suspicion that the funds might have been diverted by the said staffer and not used to pay the supplier as alleged. The matter has been reported to the police and the said staffer arrested. Upon examination, after being evasive, the said staffer admitted to having diverted the funds. The investigation is still ongoing in which we are allowing the law take its course.  The public is reminded that these still remain an active investigation and the staffer in question benefits from a presumption of innocence.

We remain available to respond to any clarifications that the public may have on these developments.

- Advertisement -
Share
Facebook
Twitter
WhatsApp
Linkedin
Viber
Previous articleMamma Kandeh dares President Barrow, says Jammeh will speak at his rally again
Next articleQNET has nothing to do with the case of illegal immigration in The Gambia and condemns misrepresentation