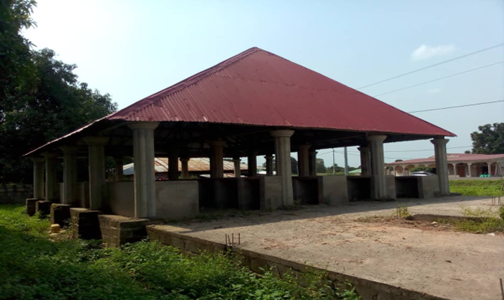 The completion of Kombo Basori market is still challenging. The market is expected to provide space for at least 45 vendors but the lack of toilet facilities and makes it difficult for vendors to occupy.

In an exclusive interview, the Village Development Committee (VDC) chairman Mr Lamin Jallow highlighted that women in Basori village installed tables at their various compound gates to sell vegetables and other food items, making it difficult for customers.

“If you need to buy food items to cook, it takes you time to locate the right seller. You have to move around from one compound to another before you get what you want,” Mr Jallow said.

VDC chairman Jallow spoke at length on the urgency of speeding up construction works at the market for business activities to flourish in the village.

“If the market under construction is completed, it will encourage other compounds around the market area to start building shops for other businesses to occupy. In that way, the market will expand. The market is yet to be painted although the ward councillor Mr Ousman Bah hinted me about plans to do that as soon as possible.”

Mr Jallow clarified that the funding for the construction of the market was provided by the Brikama Area Council but that the villagers provided the land.

As enshrined in the Local Government Act of the Gambia, the VDC is responsible for coordinating all development activities in the village and works directly with local council.

When contacted for his reaction, the ward councillor for Giboro ward, Mr Ousman Bah asserted that the funding shortage was due to an error in the bill of quantity, adding that it has already been fixed.

“We have already collected an invoice for the expenditures for painting which the council will handle. An initial amount of D500,000 was allocated for the market project which could not complete works,” councilor Bah explained.

Responding to questions of which vendors are to occupy the market, Councilor Bah explained that the facility is not spacious to cater for the entire vendors but has a suggestion for the village development committee prior to the inauguration of the market.

The Councilor pointed out that toilet facility wasn’t catered for in the budget, but that if there is funding, it will be built.

“We intend to build local canteen at the market for other vendors such as meat sellers and other sellers of valuable goods,” he concluded.

Basori village is a settlement part of Giboro ward and Councilor Ousman Bah is their development representative at the Brikama Area Council.