From the Clutches of Mile II: Bob Keita’s Long Walk to Freedom 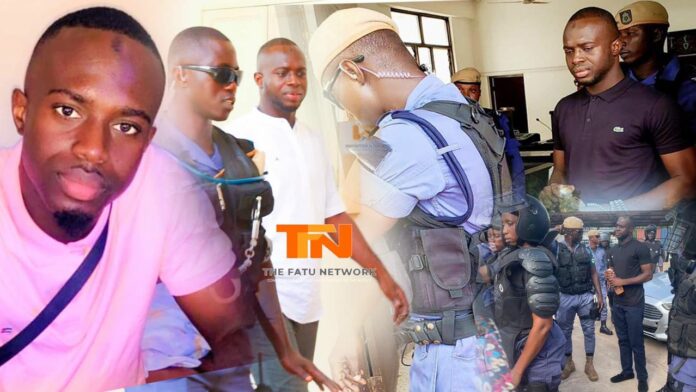 A trial over rape allegations against Baboucarr Bob Keita by his ex-wife, Sainabou Mbye, and her younger sister, had — for almost three years — the country in a chokehold. This was a trial — a legal soap opera — that turned into a mudslinging battle during the course of the trial between and among sympathizers of the accused and the alleged victim.

As the case dragged on, and the media reporting intensified, almost every Gambian, one way or the other, got sucked in. It became a soap opera — a Hollywood TV series in the eyes of many, but something else happened — sides were picked, even by journalists who were supposed to be the objective ones.

Meanwhile, there is no case in recent memory that has attracted more public attention than State vs Bob Keita. While each of us has different reasons why that is the case, it is necessary to refresh memories about what happened so far since the case was officially filed in July 2020.

Here is a short timeline of major events, either at the courts or hospital, for the past two years.

BOB KEITA VS STATE: A Timeline of Major Proceedings

November 7th 2019: Bob Keita was formally charged by the police.

July 23rd 2020: The Prosecution filed an affidavit in opposition against bail.

August 24th 2020: The prosecution filed an appeal to the Gambia Court of Appeal against the bail.

March 31st 2021: Court of Appeal revoked bail, stating the offence is not bailable. Bob was then remanded in custody.

April 9th 2021: Defence filed an appeal to Supreme Court against the revocation of the bail. This is still pending before the Supreme Court.

April 29th 2021: Prosecution wrote to Defence to conduct DNA and solicited their cooperation for the process. The prosecution said Defence did not reply.

However, Defence said the police investigation report, which was sent to the Prosecution before Bob was charged, had urged the State to do a DNA examination to determine whose child is Baby M before charging anyone. The Defence said the State however refused and instead charged Bob alone, leaving out Pa Modou Johm, who is the ex-boyfriend of the victim.

December 16th 2021: The Prosecution filed a motion and a supporting affidavit for High Court to grant an order for a DNA examination to take place.

July 7th 2022: Court ruled in favour of Prosecution for DNA to be conducted. Court also added the victim’s ex-boyfriend be part of the DNA examination process.

July 15th 2022: Defence filed an appeal against that order for DNA to the Court of Appeal.

July 18th July 2022: Defence filed a motion for the stay of execution of DNA sample collection to the same court which granted the ruling.

July 27th 2022: High Court ruled against Defence, holding that it cannot grant a stay of execution of its own order. Case adjourned to October 5th.

July 28th 2022: Defence applied to the Chief Justice for the case to continue with the vacation judge.

August 4th 2022: Chief Justice denied the request to continue the case with the vacation judge.

July 4th 2022: The Prosecution said it wrote to EFSTH requesting for blood samples to be extracted from Baby M and kept in safe custody. The prosecution said Baby M was at the time unconscious, hospitalized and on the verge of being transported to Dakar for further treatment.

The Prosecution told the court that samples were already extracted from Baby M and it said the court held that this was okay.

July 13th 2022: Prosecution said Bob and Johm’s samples were collected at EFSTH in the presence of the prosecution, Bob’s family and friends.

The Defence queried the sample collection from Baby M prior to the court order, stating that it was not a transparent process

August 9th 2022: Prosecution wrote to Defence requesting their presence for another sample collection from the late Baby M and that another biological sample was desirable to be collected from the accused.

The court had earlier stated that any other biological sample could be taken from the persons subject to DNA and not necessarily only blood samples.

August 9th 2022: The Defence replied that it will not be present for the second sample collection from the late Baby M

August 10th 2022: The Prosecution said it wrote back to Defence to ask them to reconsider their position that they won’t be present for the second sample collection.

The Prosecution stated that there was a subsisting court order and that they merely invited Defence out of good faith and for purpose of transparency.

August 10th 2022: Defence replied that they still hold on to their position, stating that they had already filed an appeal against the order for DNA and a stay of execution.

The Defence said they will not undermine that appeal by witnessing the sample collection.

The Prosecution said the court registrar, the police forensic officer and the state prosecutor all attempted to convince him but it all proved futile.

The sample collection then went ahead in the absence of the Defence and the accused person.

The Prosecution maintained that had the Defence responded to their letters, they wouldn’t be arguing about lack of transparency or trust in the sample collection because the Prosecution gave them the opportunity to decide how and where they want it, and the State would pay for everything.

The Defence said their refusal to the DNA examination was communicated to the State Counsel orally in court. The Defence said they clearly stated that they will not participate in the process that’s supervised by the state, which is prosecuting the accused.

The Defence said the ruling of the 7th July made it worse when it stated that the State shall coordinate and supervise the sample extraction and examination.

Defence said they refused to participate in the extraction on 9th July and made their position clear that their stay of execution of the ruling at the Court of Appeal is pending and they will not undermine it.

The Defence said the Prosecution knows that when a stay of execution is filed in any matter, execution of the ruling sought to stay is abated, pending the outcome of the application no matter how long it takes.

October 5th 2022: Case resumed after vacation. Prosecution called a witness, Mr. Francis Jatta to explain how he transported the DNA samples to Ghana. Defence objected to Mr Jatta as a witness citing that Prosecution has not served them any statements by PW9 (Mr Jatta) and that he is not an expert witness. Matter adjourned to 11th October for the continuation of witness testimony of PW9 to be followed by cross-examination by Defence.

October 11th 2022: Case resumed. PW9 continued his testimony and was cross-examined by Defence. Prosecution proceeded with their next witness, the forensic expert from Ghana, Sup. Edward Kofi Abban. Prosecution made an oral application to admit DNA reports identified by Kofi Abban into evidence. Defence objected to the admission of the DNA into evidence, saying it is not admissible under any law in the Gambia. Case adjourned to 12th September.

12th September 2022: Case resumed. DNA results were read, and it was confirmed that Bob Keita (accused), and Pa Modou Johm (victim’s ex-boyfriend) were not the father of Baby M (the deceased child at the centre of the rape trial). State filed a nolle prosequi against Bob Keita and dropped all charges against him. Bob Keita was acquitted and discharged.

Talibeh Hydara contributed to this story.