From A Teacher To A Tailor: Kebba Gaye Explains Why He Quit Teaching 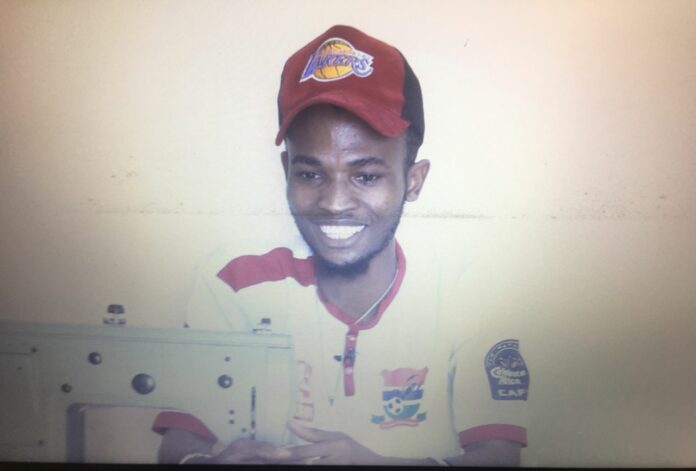 Kebba Gaye, a 28-year-old Gambian tailor, has explained to this medium why he quit teaching for tailoring after three years in the field.

He enrolled at the Gambia College in 2015 and obtained his HTC in 2018. Kebba began his teaching profession at Kairaba Upper and Senior Secondary School and later went to St. Therese’s Upper and Senior School, where he taught English Language and Social and Environmental Studies (SES) before quitting in 2019.

Kebba said he quit teaching to focus on his tailoring business.

“I established NS Fashion (New Solution Fashion Design Gambia) which is a brand with the vision to reach the world market,” he said.

In an exclusive interview, he told The Fatu Network that his mother inspired her at an early age to become a tailor.

“My mother motivated me to focus on tailoring. She always encouraged me to look up to one little boy who was a tailor at the time who normally used to come to our house to collect lunch. Look at this boy he Is the one sewing all the clothes he is wearing. Why not you also do the same,” Kebba recalled his mother’s words.

He added that upon starting tailoring, he always believed that he could do more than what other tailors does.

“I always love to do things in a different way, and I have always believed that I can do it in a unique way.”

The young tailor added that the teaching salary is not attractive, saying the government should work to improve the welfare of teachers otherwise many will quit if they have other opportunities.

“I was teaching and running my tailoring business but when it was no longer favourable, I quit because a lot of times customers will call and ask for their clothes.

I know if I quit teaching someone can take over my position but if I leave my business no one will take care of me.”

At the age of 28, Kebba owns a Fashion tailoring shop where he employs others at the same time recruiting other young people to become tailors.

Mr. Gaye, as he was addressed in schools, urged the government to focus more on skills for the young to learn and become self-independent.

“I don’t want to show up [sic] but I believe my work can speak for me. You don’t need to tell people who you are, just do the work and allow people to judge.”

The former teacher said his main priority is to let his brand reach the entire country in a few years.

He revealed plans for the opening of new branches across the country to reach their growing customers.

The young fashion designer urges the government, philanthropists, and NGOs to support the young people who are interested in skills to reduce the rate of unemployment and dependency.