Teacher Explains What Really Happened After Being Assaulted By His Student 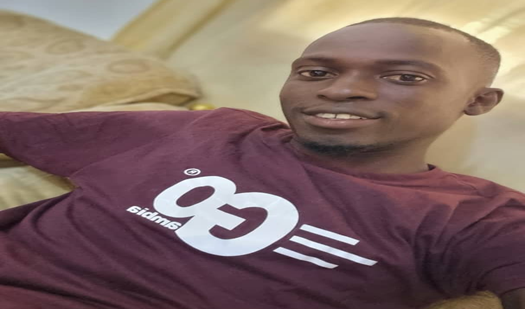 Four days since he was attacked by his student at Scan Aid Upper and Senior School in Brufut, Mr Amadou BB Jatta told the Fatu Network in an exclusive interview what actually happened and clarified that he was not stabbed and never being in a critical condition, contrary to the widespread rumour that he was stabbed.

“He hit me with an iron bar on my shoulder and face. He pulled out a knife and attempted to stabbed me, but I seized the hand where he held the knife,” he explained.

Mr. Jatta told TFN that immediately after being attacked and assaulted by his student, he rushed to the Brusubi Police Station and then to Sukuta Health Centre. After the arrest warrant for the student, he went to Medic Care. He confirmed that he sustained injuries in his eyes.

“When I went to Medic Care, the Doctor I found there said my vision is compromised and that I have internal wounds in my eyes, so they are affecting me, but I am better and taking treatment.”

Yesterday, Monday, June 20, Mr. Jatta confirmed that the student Abdoulie Manneh reported himself to the Brufut PIU and was later taken to the Brusibi Police station. This came after he was on the run since Thursday. The boy, he explained will be charged.

However, at the time of going to press, the police PRO, ASP Lamin Njie didn’t confirm the arrest of the student.

But what happened and how?

On Thursday, June 16, a 10th-grade student name Abdoulie Manneh assaulted his teacher, hit him with an iron bar on his soldier and face and attempted to stab him.

It all began when Mr Amadou BB Jatta (Amba) reported the student to the school principal’s office because the student missed going to school for a while.

According to Jatta, he talked to the student several times and one time invited the guidance to the school to address Abdoulie’s irregularity in school and his behaviour.

On this Thursday, when he reported him to the Principal, he could not explain why he was not going to school. He was then asked to surrender his bag. When a search was made, a pair of scissors was found in the bag plus a book that does not belong to him. He was then asked to go and call his parents.

The young teacher then escorted the student, but they had a push and pull. When the boy was leaving, according to Mr Jatta, he rained insults on him and the school administration.

“After that insult, he threatened to stab me to death when I leave the school campus,” Mr Jatta narrated.

According to him, the student then went home and then went back to the school, but he was denied access. When he was not allowed to enter, he went to the graveyard.

In a few minutes, Mr Jatta left the school campus to meet a staff who was supposed to hand over something to him but before he reaches the meeting point, the staff then called him and told him that a student was going to bring the materials to the school.

“When I was on my way back to school, I felt a hit from behind and I fell to the ground. Before I turned to know what was happening, I was hit with an iron bar in the face. As he tried to hit me with the iron bar for the third time, I held the iron in my hand and we had a push and pull. Then I also hit him with my hands.

“He then used his other hand to hit me on my face and eyes. I tried to fight back but he overpowered me and sat on me. As I was struggling to get the knife from his hand, he continued using the other hand to hit me.  When I managed to get the knife from his hands, people came and separated us. That is where he eventually ran away,” Jatta narrated to the Fatu Network.