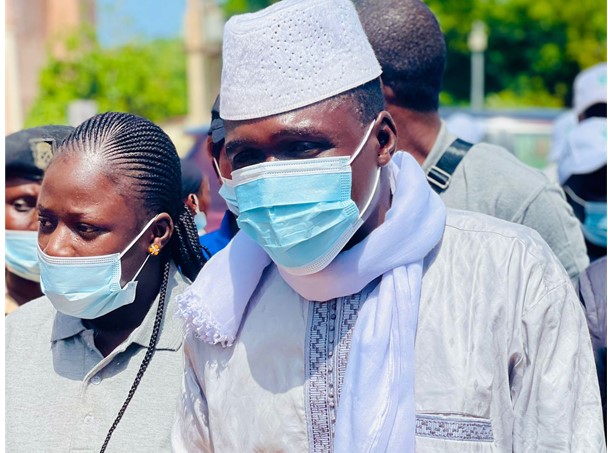 The leader of the Gambia Action Party (GAP), Retired Major Alieu Sowe has said that foreign troops will leave The Gambia within 72 hours after he is announced, president.

Sowe was speaking immediately after filling in his nomination to run for the presidency in the country’s December 4th, 2021 elections. The Gambia, he said is a sovereign state and as a people, Gambian’s have a right to be free and not have interference from other nations.

When asked about a possible coalition, the GAP leader said his party is going solo.

“Every Gambian will be treated as a Gambian, if you look at my supporters, they are all young people and we know the problems of the young people,” Mr Sowe said.

Answering a question about the declaration of his asset he said if it is necessary, and if the Gambian people want, he will declare all my assets. He promised reforms in the areas of health, education and agriculture both in the short and long term.

In 1996, he enrolled in a paramilitary training course at the Guards Training School Bakau and later studied criminal investigation through the Gambia Police Force Prosecution Department. He recently completed his studies in international relations and diplomacy at the Management Development Institute, MDI.