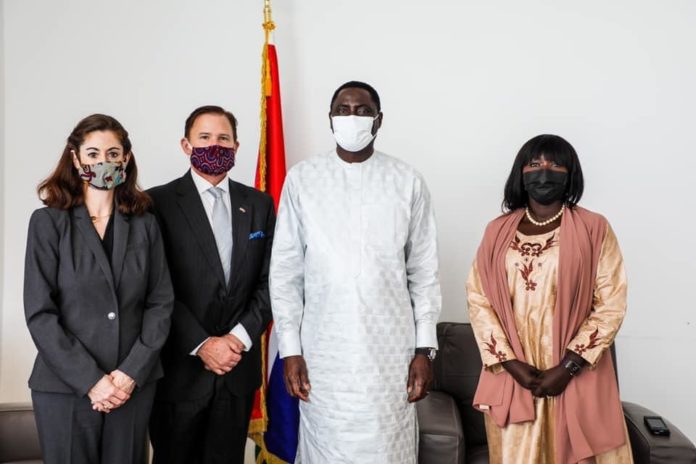 The Honourable Minister of Foreign Affairs, International Cooperation and Gambians Abroad, Dr. Mamadou Tangara, on Wednesday 5 January 2022, had a flurry of diplomatic engagements in his office in Banjul.

The two envoys were welcomed to the Foreign Ministry by the Honourable Minister, and Permanent  Secretary, Mrs Saffie Sankareh – Farage.

Minister Tangara commended both delegates for the continuous support and discussed ways to deepen the already cordial relations between the counties.

The Ambassadors congratulated the Gambian people for ensuring their voices were heard in the December 4 presidential election and the President of the Republic of The Gambia, His Excellency Adama Barrow for the victory, and for maintaining peace and stability during and after the election. Ambassador Paschall said he saw the passion people had while voting. Ambassador Pampaloni thanked the Minister for receiving him, and also said the election was “calm”.