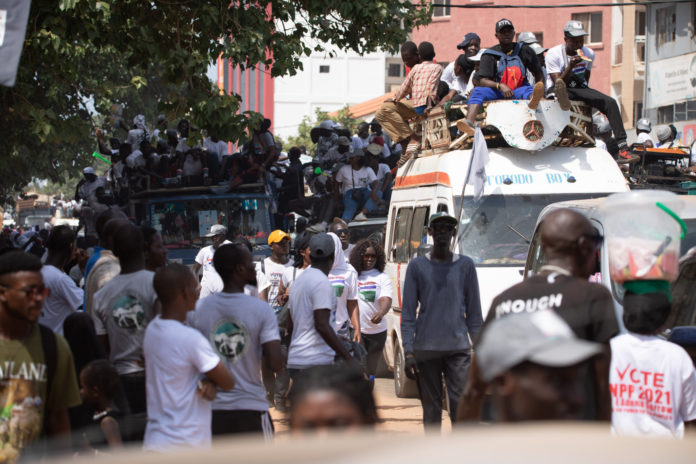 The APRC leader made this announcement during President Barrow’s rally held at Buffer Zone on Thursday evening following his nomination earlier in the day.

Mr Jatta said: “We all went today to nominate President Adama Barrow in a fashion that has never happened in this country.

“Before today, there was a lot of talk, but I believe the talk is now over. There has been a lot of talk but Alhamdoullillahi APRC is one family.

“Your Excellency, I want to tell you that in the past days, almost 70 to 80% of those disagreeing have now joined us. Even in Foni, the gele geles that came is more than 40  gele geles.”