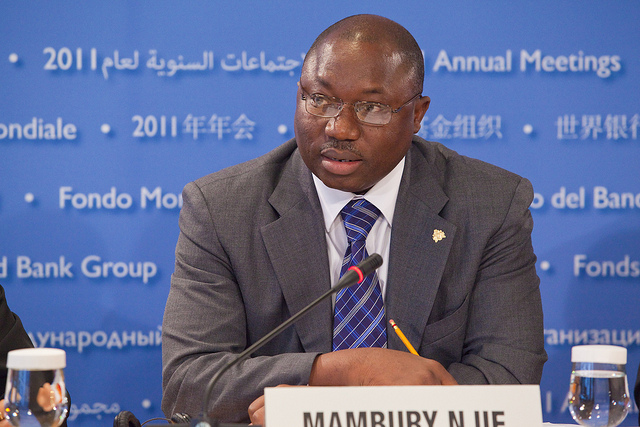 The Minister of Finance and Economic Affairs has said that the country’s economy is expected to grow by more than six percent by year end.

Mambury Njie told a ‘special’ cabinet meeting on Thursday that the economy will grow by 6.6 percent by the end of 2018 from 4.6 percent in 2017.

Under the 2019 budget, the Minister of Finance, Hon. Mambury Njie proposed tighter fiscal measures aimed at saving over a billion Dalasi for the Gambian economy. The measures, which seek to instil fiscal discipline and financial prudence, include a temporary freeze on all recruitment in the civil service unless extremely necessary.

Other measures include restricting sector travels in line with the approved budget, and the implementation of the vehicle policy to streamline government expenditure.

As part of the cost-cutting measures, Finance Minister also suggested the downgrading and/or closure of some of the Gambian missions and embassies abroad.

In order to maximize revenue and minimize leakage, Cabinet instructed that from January 2019 no cash payment shall be allowed at service points in government offices.  Instead, all payments would be done in banks following the issuance of a proper invoice.  In the same vein, the Ministries of Finance, and Information and Communication Infrastructure were tasked to initiate the digitization of government payment system in order to minimize cash transactions in the government systems. The digital shift is envisaged to solve the problem of leakages in public finance thereby maximizing earning, particularly from the domestic revenue base of the economy.

A favorable agricultural sector, trade, and good governance are mainly responsible for the projected growth,  Minister Sillah added. Good governance has especially contributed to boosting great confidence in the economy, as well as the subsequent fiscal streaming to show, and the boom in the tourism sector.

“Gambians have taken this bold initiative to see a change in lifestyle and also how the economy and the country is governed. We are expecting this initiative to be reflective of the system change in moving away from the cash economy to a digital economy. This will help the Ministry of Finance and Economic Affairs to track activities of the economy,” Information Minister Ebrima Sillah said.