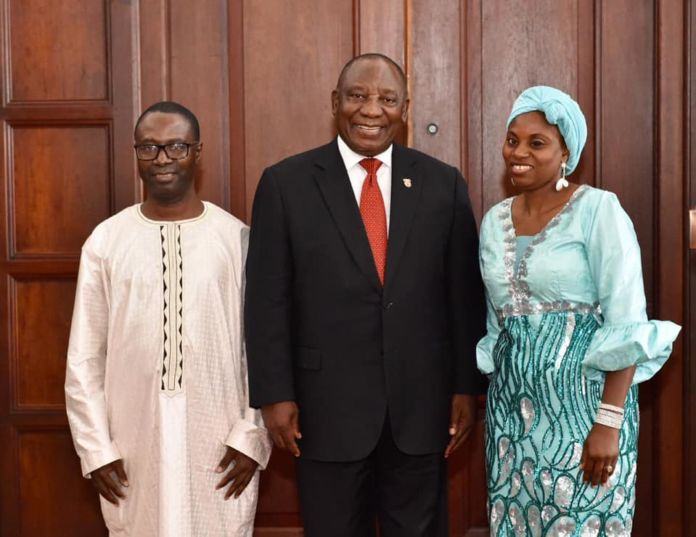 Baba Fatajo on 28 January 2020 presented his letters of credence to the President of South Africa Cyril Ramaphosa.

The former Nawec boss conveyed fraternal greetings from President Adama Barrow to his brother and friend President Ramaphosa, foreign affairs said in a statement on Wednesday.

Mr Fatajo was terminated as managing director of Nawec in June 2019. He was quickly redeployed to the foreign service.

He is now the high commissioner of The Gambia to South Africa, replacing former speaker of the National Assembly Abdoulie Bojang.