Farmer in pain as trader ‘escapes’ with D45,500 worth of watermelon 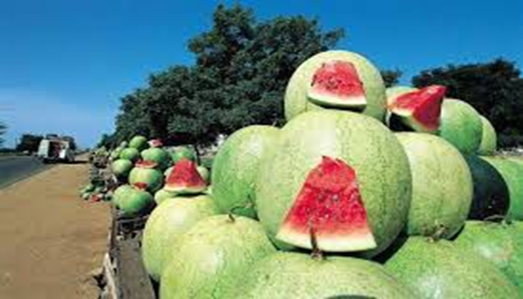 Sulayman Sissoko, a farmer in Sinchu Njanko village in Niamina East is faced with the pain of losing huge income. Sulayman claims that one Pateh Bah believed to be a resident of Dippa Kunda and identified as a watermelon wholesaler took from him on credit the sum of D45,500 worth of watermelon and has since been unreachable for almost two months.

Mr. Sissaho who has a bumper harvest this season told The Fatu Network that the trust he has in his farmer friend pushed him to risk giving his watermelon to an unknown person.

“I don’t know the man, but my friend came with him to buy my watermelon at a wholesale price. He paid D78,000 and my friend (Bocarr) convinced me to allow the man to go with another D45,500 worth of watermelon and complete the payment later. Again, I was skeptical… I asked my friend how sure he was that the man will pay the balance without issues.

After giving him the watermelon, he promised to pay the money in three to four weeks. I believed that no matter what may have happened, in one month he would have sold the watermelon and paid the money,” the farmer explained.

He accused the watermelon wholesaler of manipulating them. “Now he stopped picking up my calls and this is very painful to me as a farmer,” he added.

Bocarr Baldeh, a friend of the Sissoho who was hosting Pateh (watermelon wholesaler) and linked him to his friend, expressed shock about the whole process.

“Pateh came here last year and bought our watermelons. So, I was convinced that he wouldn’t do such a thing to us. I took him to my friend who has a bumper harvest. But this is the greatest betrayal I have had, and now, I feel uncomfortable facing my friend,” he said.

Bocarr vowed to do everything possible to trace Pateh so that his friend can get his money. He (Bocarr) claimed that Pateh told them he is working with the Kanifing Municipal Council and that he is a strong businessman.

“I am leaving everything in the village to hunt Pateh in town. I wouldn’t mind doing anything because of the sacrifices we went through during the rains. Farming is very painful, and we will not sit and watch him enjoy our sweat,” Bocarr emphasized.

Watermelon is one of the most popular seasonal fruits grown and harvested in The Gambia. It is known for its sweetness and richness in an amino acid called citrulline that helps in blood circulation and lower blood pressure, according to health experts.

The season attracts a lot of buyers as farmers harvest the fruit across the country. Many people will go to farmers and purchase watermelon at a wholesale price and sell it in the urban centres.