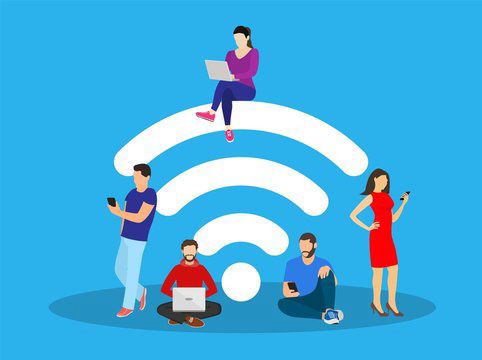 Good and cheap Internet connectivity is important to ensure effective communication, considering that both literates and illiterates use social media platforms such as Facebook, YouTube, TikTok, Instagram, WhatsApp etc for daily online communication.

Hundreds of thousands of people spend money on internet service on daily basis. The cost of internet in the Gambia is considered to be unimaginable compared to the cost in neighbouring countries.

Internet users have lamented their challenges and urged the government to reduce tax on telecommunication companies to prevent people from high internet costs.

Hagi Suwaneh, United Democratic Party’s (UDP) 2nd Vice President of the National Youths Wing, said the cost of internet in The Gambia is too expensive compared to other African countries.

“Customers must stand up against the authorities such as PURA, GAMTEL and GRA. The 37.30% deduction goes to GRA as VAT & sport Development Levy tax,” said Hagi Suwaneh, an internet user.

He blamed the high internet cost on the high tax imposed on telecommunication companies.

In Hagi’s analysis, for every D100 credit customers recharge on their telephones and use it, over 22% tax is charged and fifty bututes per minute deduction for every call for sports development levy is calculated and directly debited from the customer’s purchase and paid to GRA.

“With all these extreme high charges and costs to the consumers, yet the service providers cannot provide us with good quality and fast connectivity,” he stressed.

The cost of internet connectivity in other countries is said to be cheaper compared to the Gambia, it also promotes digitalization and creates jobs to improve the economy.

“Whenever I purchased credit and convert it to megabytes, I used to be happy. Because I see a hundred per cent (100%) bonus. But the megabytes would get finished within a blink of an eye, sometimes this makes me worry because am a student and I cannot afford to buy credit always to do my research,” Sheriffo Saidy, a third-year Political Science Student at the University of The Gambia highlighted.

According to previous data published by Daily News and authored by Sulayman Waan in 2021, Internet service is cheaper in neighbouring Senegal than in The Gambia. The Orange Company limited charges 75MB at 250 CFA for 24 hours.

As digital marketing becomes the rapid modern way of creating larger markets and reaching out to many consumers.

Internet users said if the internet is expensive like in the Gambia with poor quality, it will only further create economic hardship for the citizens.

Therefore, “consumers must come out and stand up against the daylight robbery. We must face the government and force them to reduce the high tax on the telecommunications companies,” the outspoken internet user added.

Rates of Africell and Q-Cell

Despite the recent hundred per cent promotions that Qcell provided for its customers, some said it is not satisfactory because the internet services go off quickly.

According to a recent publication by the Standard Newspaper, Yankuba Darboe, the Commissioner General of The Gambia Revenue Authority (GRA) revealed that Africell company pays over D100 million in taxes every month totalling over D1.2 billion annually.

However, this medium has contacted Africell and Qcell to get their response to this concern, but they are not reachable. Their response will be published once they get in touch.