Ex-Police Commander Explains How He Tried to Stop Jammeh, Other 1994 Army Marchers 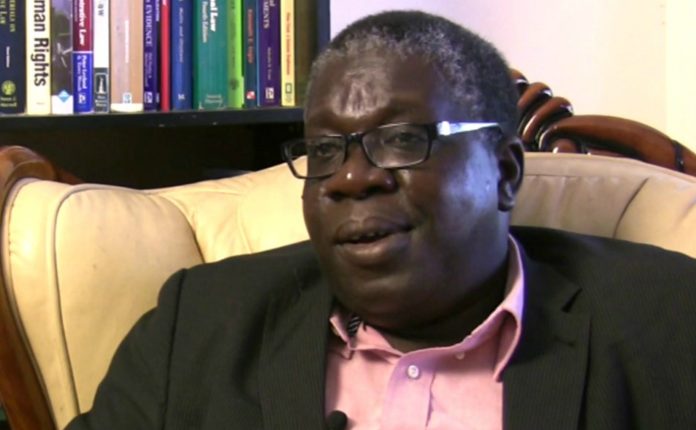 The former commander of the Tactical Support Group of the Gambia Police Force Ebrima Chongan on Monday narrated how he fled Denton Bridge after his men refused to open fire on a group of soldiers who were marching on Banjul.

The Truth, Reconciliation and Reparations Commission on Monday held its first public hearing, with Chongan appearing as the commission’s first witness.

In his testimony before the commission, Chongan chronicling the events of the 1994 coup said he had told the Inspector General of Police at the time that the situation was ‘grave.’

“I told the IG the situation is really grave and the army are coming but we have to stop them. And then the IG told me, ‘yes, go back and make sure you maintained my instructions,” Chongan said.

Chongan who later became a deputy Inspector General said the former IGP instructed him and his men to resist and “if necessary we can shoot to kill.”

He said: “I did convey that orders to the soldiers I found at Denton Bridge. Those instructions were to Suwareh – that they should hold the bridge. Minteh was there and Jarju but obviously Suwareh was the senior man.”

Speaking further, Chongan said he went back to police headquarters after conveying the orders.

“Now after the meeting with the inspector general, so remember the police had deployed some units at Gambia High School and at Bond Road. So I just came down of headquarters I saw Suwareh and I was a little bit confused but I told him, ‘anyways let’s go,’” he said.

“I was not expecting him there because as I left them they were in charge of the bridge. So then we went. We went to Gambia High School and then I collected the police unit because there was a driver called Gumbo. He was the one who deployed the TSD at the bridge. So he took the police unit and then I went with my driver Lance Corporal Dembo Jatta and Corporal Janneh who was my orderly. So I told the police, ‘now, let’s go and have a last stand at Radio Syd.’”

According to Chongan, when they got to Radio Syd he told his driver that the situation was “very crucial, I don’t know whether I will survive what is going to happen next but I will have to fight.”

“So I told him, ‘now you can go back.’ And then I told Janneh, ‘you are my orderly we have to go together.’ So now we went, reinforced at Radio Syd and the road going to Bond Road. So we were there. The unit commander there was ASP Harry Valentine. And I explain to them, ‘now we have to resist.’ Then we were there. Just moments later, we saw the soldiers coming and to my horror, I saw our own tactical group have turned their berets in order words they have joined the soldiers in the mutiny. And I said, ‘alright even if I have to die, I will die,’” he said.

“So I decided to open fire and fired couple of gunfire and they scattered. When I fired, they scattered around but my men didn’t fire but I cannot blame the police officers. They were not trained, they were not soldiers like us who had gone through military training. So I told my orderly Janneh, ‘let us be on our fores. So we crawled to the ditch at Denton Bridge and then we crossed it. When we crossed it, we saw a car coming we stopped it and we board the car and then now we drove to Bond Road and then to go back to police headquarters.”

Chongan said he “left resisting because I was with all of my unit and nobody fired.”

“So I realised that the next step I’m committing suicide, I will die. I didn’t run away. So I went back to the police headquarters, actually up to now, I shudder when I realised what I have done. I had a wife and a kid,” he said.