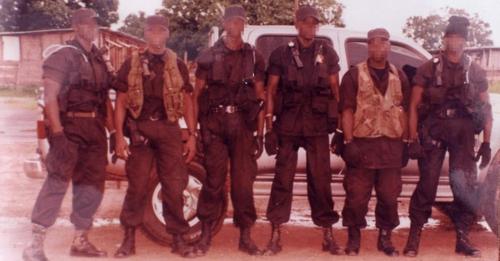 18 years ago on the night of December 16 2004, a founding member and former president of the Gambia Press Union (GPU) was killed in a drive-by shooting.

Mr. Deyda Hydara a prominent Gambian journalist and press freedom advocate was shot at while driving home two of his staff Ida Jagne, a typist, and Niansarang Jobe, a layout editor.

That unfortunate incident has been linked to former president Jammeh. Malick Jatta, a member of the hit squad told the Truth, Reconciliation and Reparations Commission (TRRC) that President Jammeh ordered the assassination of Deyda.

After all these years the hens have come home to roost, the trial of Jungler (the name of members of Jammeh’s hit squad) Bai Lowe will begin on Monday, April 25.

Baba Hydara is the son of the late Deyad Hydara, he demands justice for the death of his father.

“I want to see justice done for my father and for all the others who were victimized by Yahya Jammeh and his security forces,” said Baba Hydara, son of Deyda Hydara and a joint plaintiff in the trial.

Adding that, “everyone involved in the murder of my dad will face justice, and we won’t stop until each one of them is brought to a court of law.”

The opening of the first German trial for serious crimes committed in Gambia is a major step for justice, Human Rights Watch, the International Commission of Jurists, Reporters Without Borders, and TRIAL International said.