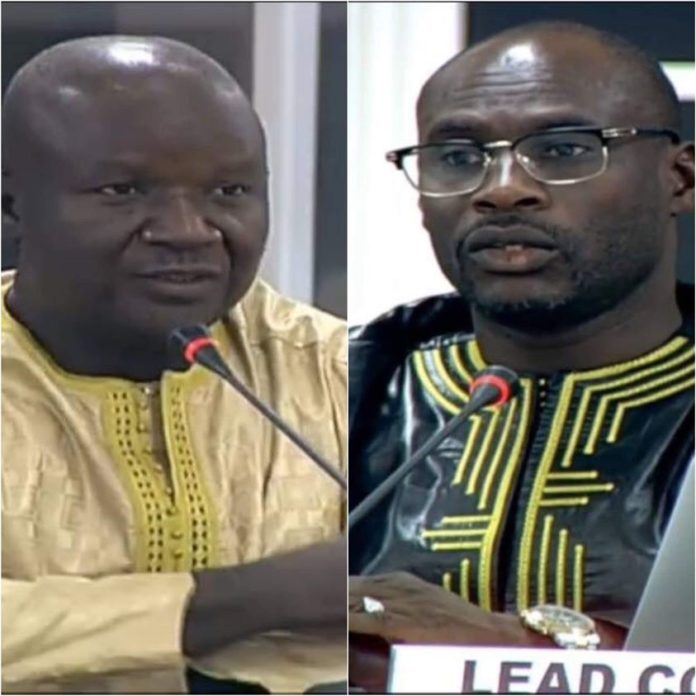 Essa Faal and Babucarr Jatta went head to head on Wednesday as investigations into the April 2000 student massacre deepened.

The duo was facing off for the second time in months as the TRRC continues its probe into the human rights violations and abuses that took place during the 22 years rule of former President Yahya Jammeh.

Former army chief Baboucarr Jatta and TRRC counsel Essa Faal were involved in a testy exchange in April this year as Jatta gave evidence regarding the events of November 11, 1994.

The bad blood began after the screening of the testimony of three witnesses who claimed to have been present when a group of soldiers were lined for execution at Fajara Barracks. The witnesses claimed Jatta was part of an extended line of soldiers who were to shoot the captured soldiers.

Tempers flared after Counsel Faal asked Jatta whether all three witnesses were lying, with Jatta telling Faal: “Why should I relinquish myself to tell you that I’m not doing the right thing, am trying to dodge I will never do that. I’m a very sincere person.”

A seething Jatta later slammed Faal saying the popular lawyer did not understand military matters and that he was only guessing.

Faal who was clearly offended fired back saying he understood the whole law about command responsibility in the military but only after the chairman of the investigation intervened.

Jatta returned to the commission on Wednesday this time on the April 2000 student demonstration but the showdown went without any malice.

Jatta testified that it was then vice president Isatou Njie Saidy who ordered him to deploy soldiers as students protested the death of their colleague. Fourteen people were killed after being shot at by police.