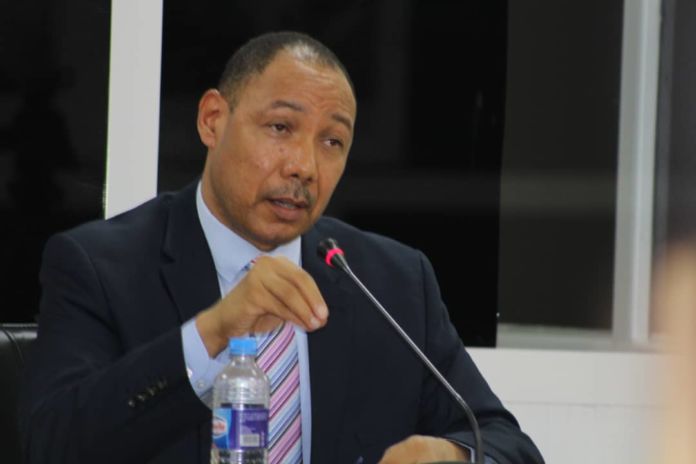 Edward Singhatey has told the TRRC he holds the record as the country’s sharpest shooter.

The former military officer returned to the investigation on Thursday to testify on his role in the human rights violations that occurred during the 22 years rule of former President Yahya Jammeh.

Mr Singhatey who is variously described as ruthless is accused of participating in the execution of over a dozen soldiers who were arrested on suspicion of plotting to overthrow the then three months old government of Jammeh. The incident happened in November, 1994.

Mr Singhatey formed a key part of of a group of soldiers who allegedly carried out the executions but he on Thursday denied suggestions he personally shot anyone.

“I did not shoot, sir. If I wanted [to shoot], nobody that day would have escaped. As a marksman, I hold the record of sharp shooting up till today in the GNA (Gambia National Army),” the former AFPRC junta No. 2 told the TRRC after he was confronted by the probe’s lawyer on whether he personally shot and killed anyone on the day captured soldiers were lined for execution at Fajara Barracks.

His testimony continues in few minutes.