Educating Dou Sanno about the Role of CSOs and Activists 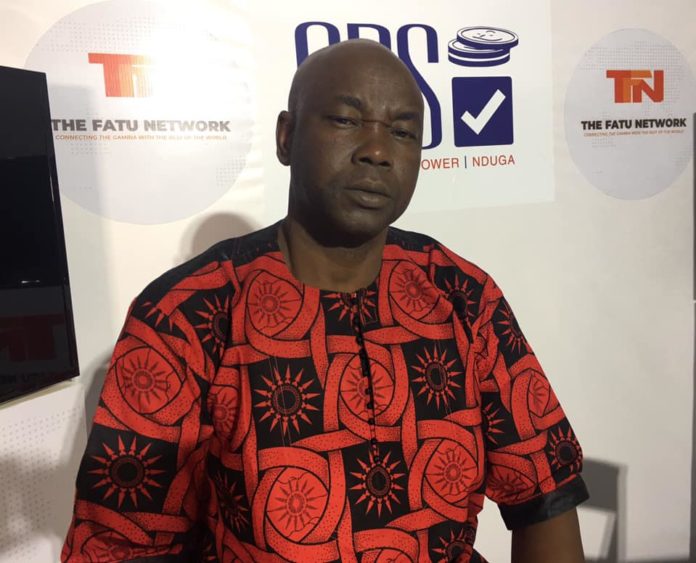 The so-called Presidential Advisor Duo Sanno has attacked Gambian civil society and activists and blaming them for the denial of the existence of Corona virus in the country. In a Standard newspaper story today, he said if CSOs had educated the people about the virus then today we would not have the denial syndrome. He went further to lambast CSOs and activists for their criticism of the Government and threatened that they must stop abusing the democratic space. Pathetic, to say the least!

It is necessary to put it to Dou Sanno that he needs to know who and what he is in the first place so that he knows in what to engage and what to say or not. The position of Presidential Advisor is a public service office. For that matter presidential advisors are public servants. As public servants they are guided by the Constitution in terms of their conduct under Section 222. Similarly, public servants are guided by the Public Service Act and the General Orders. I have no doubts that Dou had not read and understood these documents quite well otherwise he would not have said all that BS he vomited on the Standard newspaper.

First of all, let me put it to Dou that in the wake of the Corona various, CSOs and activists were the first to launch public sensitization as well as provision of hand sanitizers and hand washing materials to members of the general public. Well before President Barrow issued his first state of public emergency on 18 March 2020, it was CSOs and activists who rushed to social media asking the Government to close the borders. Today every and any good action that this Government does right one will find that CSOs and activists have already advised them to do so but they refused until it is too late.

Civil society organizations and activists are not enemies of the Gambia Government or Pres. Adama Barrow. If anything, CSOs and activists only want to see the success of the Gambia Government. The role of CSOs in that regard is to provide support directly to individuals and communities across the country as well as to the Government itself. It is open secret that CSOs are engaging actively to support farmers, women, youth, persons with disabilities and other members our communities on a daily basis.

CSOs have built schools, clinics, provided farming tools and seeds to farmers and provided knowledge and skills to an array of citizens to empower them to gain self-employment or obtain skills to enhance their livelihoods. CSOs support small and medium scale businesses with capital, skills, and tools. At the same time CSOs have embarked on massive sensitization of communities about climate change, HIV/AIDS, malaria, harmful traditional practices, human rights, and Corona virus, among others. Above all CSOs have provided training, equipment and resources to uncountable public institutions and security agencies at central and local levels all the time to enhance their capacity.

These activities constitute the service provision role of CSOs. Through these activities CSOs provided goods and services that go to improve and change the lives and livelihoods of individuals and communities. Since Independence CSOs in the Gambia have been in the forefront of changing and building lives hence promote the development of this country.

They partner with various government institutions at central and local levels to empower them to better serve the population. It will be good for Duo Sanno to go to any ministry or local council or to the police or the military to find out how many projects and facilities and activities they are conducting in partnership with CSOs.

Above all CSOs are providing immense employment to thousands of Gambians. Similarly, CSOs bring in lot of business for the Gambia private sector and public enterprises. From them CSOs buy materials such as stationery, hiring of hotel rooms or halls, buying of cash power, fuel, telephone and internet, insurance, utilities, food items, media products, etc. CSOs create jobs by hiring various categories of people from the society as professionals, unskilled labourers or consultants on short, medium- or long-term basis. Hence the contribution that CSOs bring to this country is immense.

CSOs can also stage protests in the form of occupying public places or sit-in. They can choose to march on the streets and display placards and play music or they can boycott certain events, services, products or engagements with the Government. CSOs can also name and shame the President or any member of the Government by exposing their wrongdoings, inefficiency, corruption, abuse, or any misconduct.

Therefore, what Duo Sanno is seeing is what civil society does anywhere and everywhere in the world. Thus, for him to be shocked to the point of expressing such disgust for civil society is indeed indicative of his ignorance and dishonesty as a so-called advisor to the President. What Duo Sanno should rather be saying and doing is to advise the President to have an engagement with civil society and activists as soon as possible.

Since Pres. Barrow took office, he has never met with a body of CSOs and activists to discuss pertinent national issues. Knowing the role and contribution of CSOs in the development of this country, it should be considered necessary and urgent for the President to meet with the Gambian civil society. If Dou cannot make that happen but then goes about publicly to demean the civil society and activists then he should be considered as an incompetent, and misguided public officer who does not deserve to occupy such high public office.

To conclude, let Duo realise that many Gambian citizens have been able to get education or access healthcare or able to have a decent source of living thanks to the CSOs in this country. Thanks to CSOs so many Gambian communities are able to obtain drinking water or a garden or farms or a community centre.  Therefore, if Duo Sanno cannot show gratitude and appreciation to CSOs and advise his President accordingly about how to better engage with CSOs then Duo Sanno should just shut up.

It is necessary to remind Duo Sanno that his role is not to promote and defend the policies and political objectives of the President. The President has himself and his Executive members to promote and defend his policies. As Advisor he is not a member of the Executive team. An advisor only stands in the background to produce and provide technical information and analysis on the policies of the President hence a Presidential Advisor should not be heard or seen publicly. An advisor waits to be called upon by the President.

Therefore, it is gross professional misconduct for a Presidential Advisor to go to the media to engage in partisan political talk about the President. I Hope the Secretary General Nuha Touray will summon Dou Sanno to tell him where he belongs and his limitations. For that matter, the Secretary General must ensure that there are terms of reference for Presidential Advisors and monitor them.

It is obvious that Dou Sanno only wants to keep a position. But let me put it to him that much as he wants to keep a position, we will not let him, and Pres. Adama Barrow destroy this country. The Gambian civil society and activists will continue to hold them accountable to make sure that they act according to the Constitution and in the best interest of the people of the Gambia.

For The Gambia, Our Homeland