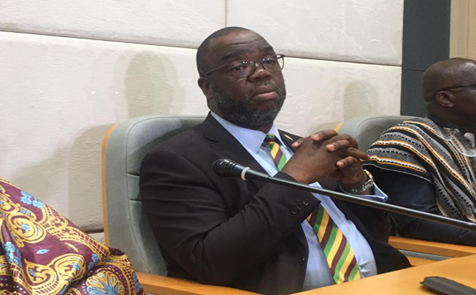 Edwin Snowe Junior, Chairman of the Committee on Political Affairs, Peace and Security of ECOWAS Parliament, has said they are drafting a good governance bill that will not allow any president of member states to seek third term after completing their required two-term tenure. The Liberian lawmaker made these remarks at a joint ECOWAS parliamentary committee deliberation in Banjul.

Mr. Edwin said the ECOWAS Parliament is now having a supplementary act that will enable them to provide oversight to any community and monitor elections within the region.

“We are discouraging current sitting presidents to desist from third term because when you ambush the constitution you give citizens the right to ambush your tenure.

Presidents are entitled to one term and if citizens are comfortable with their leadership, they will give them second term. Governments should not change their constitutions just to stay in power and this is a cause for most of the coups,” he explained.

He said they were in Senegal during the parliamentary election, disclosing that they discouraged President Macky Sall from attempting a third term.

“We are now drafting the good governance bill to prevent presidents from seeking third term in our region and we hope it doesn’t happen in Gambia. We hope that after his second term, President Adama Barrow will respectfully step down.”

According to him, the ECOWAS Parliament is against all the coups that occurred within the member states, saying it is illegal and as lawmakers, they must ensure the interest of member states is protected.

He cited the coups in Guinea Conakry, Mali, Burkina Faso and the recent violent protest in Sierra Leone. However, Edwin urged member states to take ownership of their actions.

“When you leave your country and travel to another you should know that you are representing your country.”

The ECOWAS Parliament is the inter-states Assembly of West African nations, a forum for dialogue, consultation, and representation of the people of West Africa with the aimed of promoting integration, corporation and development. It was established under Articles 6 and 13 of the ECOWAS Revised Treaty of 1993 which comprises 115 seats.