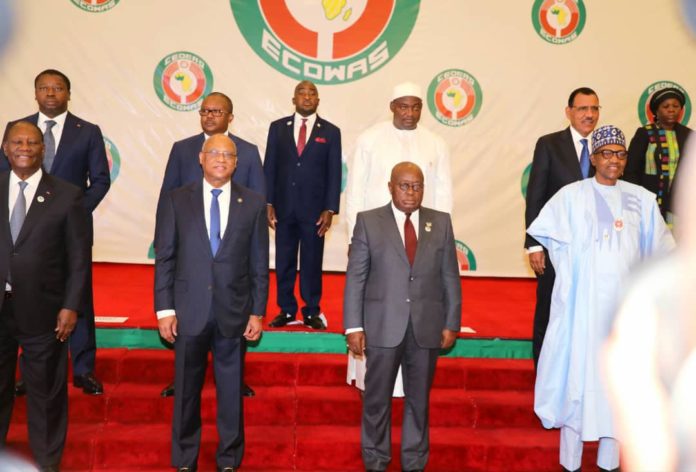 ECOWAS leaders have congratulated President Adama Barrow on his election for a second term, commending him and the Gambian people for the peaceful, free and fair conduct of the election. They spoke on Sunday during the opening ceremony of the 60th Ordinary Session of the ECOWAS Heads of State and Government Summit in Abuja, Nigeria.

Jean-Claude Kassi Brou, President of the ECOWAS Commission, hailed the growth of democracy in The Gambia for the successful and orderly conduct of the election. He cited The Gambia as a model for the orderly and peaceful conduct of elections in the subregion.

Nigerian President and  Summit host, H.E Muhammadu  Buhari and H.E. Nana Addo Dankwa Akufo-Addo, President of the Republic of Ghana, and Chair of the ECOWAS Authority of Heads of State and Government, also congratulated President Barrow and the Gambian people for a credible election. Also speaking at the ceremony, H.E. Mahamat Saleh Annadif, Special Representative of the UN Secretary-General for West Africa and the Sahel (UNOWAS), hailed the large voter participation and voting method as a model for democracy and peace in the subregion.

The 60th Ordinary Session of the ECOWAS Heads of State and Government Summit is expected to confirm the Gambian’s Dr Omar Touray for President of the ECOWAS Commission.