DUGA DC Demand For The Unconditional Release Of Detained Journalists 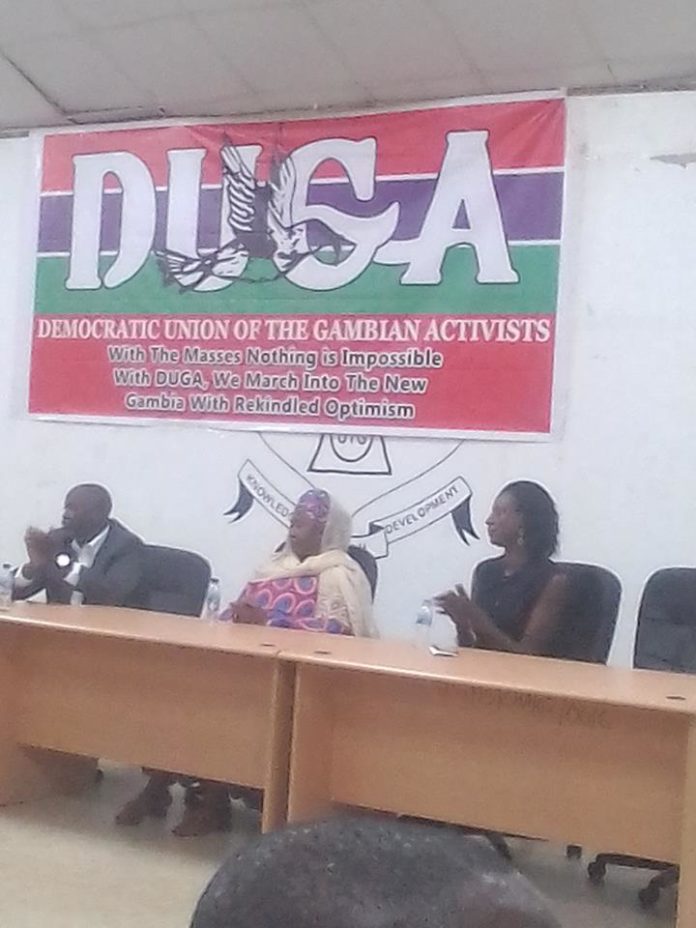 The Democratic Union of Gambian Activists-DUGA condemns, in the strongest terms, the suspension of Home Digital FM and King FM Radio Stations and the arrest and detention of proprietor Pa Modou Bojang and manager Gibbi Jallow, respectively. We demand for their unconditional release with any other detained journalists and all confiscated materials returned to the journalists. The media plays a pivotal role towards the development of society and any attempt by security forces to attack and/or intimidate members of the fourth estate is reprehensible and unacceptable.
Additionally, we express concern over the arrest and detention of over 130 protesters from Operation 3 Years Jotna Movement during their march on January 26th, 2020. The right to peaceful assembly is enshrined in our national Constitution and therefore, citizens must not be denied this inalienable right to exercise their civic duty. We hereby remind the Barrow Government of its Constitutional obligation on the protection of civilians’ life and property. We also call on our leaders and authorities to publicly condemn this act of violence and demand that an immediate investigation be launched to determine reasons for the violence, arrests, detentions, and closures of both media houses.
DUGA is also troubled by the extrajudicial banning of Operation 3 Years Jotna. It is our fervent belief that it is not only enough to ban any group on a mere pronouncement, that all such moves must be done in accordance with the Constitution.

Finally, as a result of the security personnel from the Gambia Police Department’s paramilitary unit’s heavy-handed approach to the protesters and the media, we urge the government to perform a comprehensive security review and reform that will mitigate such instances from reoccurring, at the same time preserving the democratic rights of Gambians. The concerns of the citizens especially the civil society organizations such as Operation 3 Years Jotna must be heard and addressed.