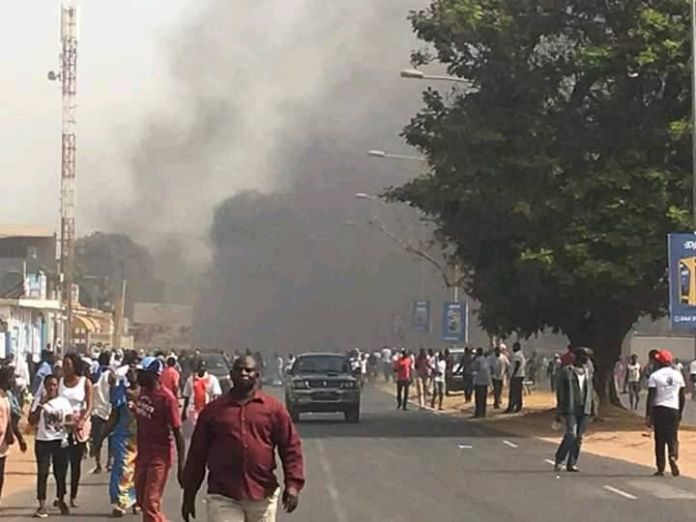 We have made some serious gains the last three years on the human rights front but the government’s behavior the past few days threatens to reverse all of it. The charges brought against the protesters are draconian and unnecessary. We must strive to create a country whose values are anchored on the strictest principles of democracy.

Heavy handed crackdowns of civil disobedience bear hallmarks of a dictatorship. We must always resist the urge to succumb to our worst instincts, especially when we deal with perceived adversaries. You will be judged not by the way you treat your friends but how you handle your enemies.

We all know why Barrow treats the APRC with greater respect than 3Yrs Jotna. Toolay tijang/Ken duffut fi! Yes; 3Yrs Jotna maybe a proxy of the UDP, but that’s not new and it’s not a crime either – there are proxies all over the United States serving party interests, yet they are not branded subversive. In mature democracies, churches, radio stations, newspapers, serve party and ideological interests because that exactly is why majority of them are established in the first place. So the idea that cracking down,shutting down, imprisoning members is the way to handle such narrow interest institutions is both unrealistic, undemocratic, and ill advised. Frankly, it is stupid, Period!

Barrow and his government are better served dropping these bogus charges against these innocent protesters – who by all indications and videos I have watched were peaceful and orderly prior to being provoked by an alleged BYM member and firing of teargas by the security forces. Talking of security forces – when is the security sector reform taking place anway? The biggest threat we face as a country is the delay (or lack of action) on this important national project.

In times like these, we must allow ourselves to be pulled together by our shared values and not let our differences cloud our judgment or compromise our resolve to making sure our collective agenda of The Gambia We Want is fully protected.

Share
Facebook
Twitter
WhatsApp
Linkedin
Viber
Previous article140 arrested but only 8 appear in court: 8 anti-Barrow protesters including one woman appear in court and charged with rioting
Next articleFatajo meets Ramaphosa as he steps into diplomat role seven months after Nawec removal