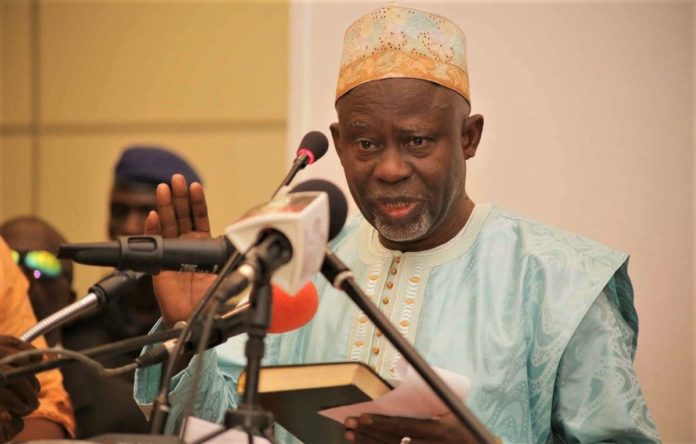 Opposition Strongman Ousainu Darboe has urged Gambian voters to resist attempts by the NPP and other political parties to buy their votes.

The United Democratic Party (UDP) leader told a crowd of supporters that have gone out in May, June and July to get their Voter cards they should ensure they are fully involved in the process of choosing the next president of The Gambia on 4th December.

“I am pleading with you all not to sell your voter’s cards to anyone; don’t allow yourselves to be deceived by anyone giving you money to vote for them. I want to let you know he who truly wants to work for you and solve the daily problems in this country would not give you money and ask you to vote for him,” Darboe said.

He was speaking at a rally at Bati Ndara, Upper Saloum. He urged the people to vote for the UDP since he said neither the APRC nor the other parties have delivered any development to that part of the country.

“I was not the president, nor the minister of agriculture so how and why would I take that tractor from you? Hamat Bah has told you all these lies only to stain my name,” Darboe said.

He further explained that the government could not give them back that tractor because they sold it and said that the commission gave them the authority to do so. Adding that the minister of Tourism and Culture, Hamat N.K. Bah sold his party NRP to Adama Barrow for his selfish interest and pocket.

Appealing to the people to vote him in as president in the 4th December election.