Dog Father: From Being A Prospect In Medicine To A Career In Music 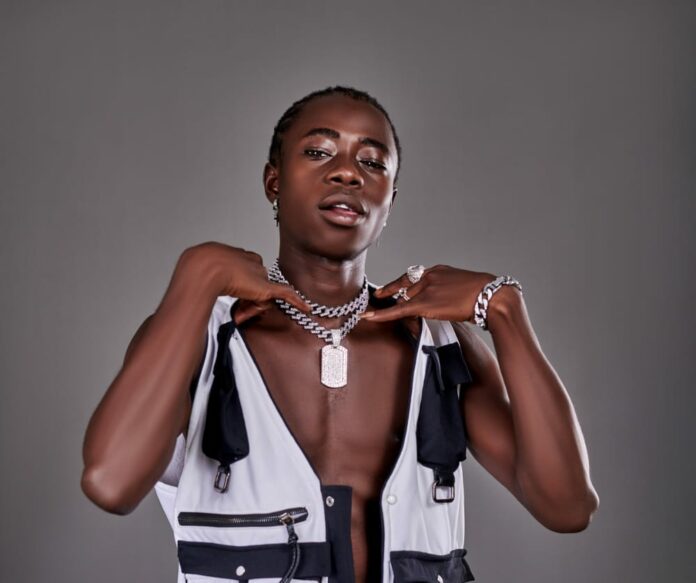 Before 2016, he has a dream of becoming a medical doctor, just like his namesake. However, in September 2020, Yusuf Saine, a 21-year-old young boy in Brikama, emerged in the Gambian music scene with a captivating stage moniker, Wulol-Faama. A Mandinka word which roughly translates as Dog Father in the English language. Two years into the music industry, Dog Father is arguably one of the hottest, if not the hottest, young rappers in the country with a huge fan base.  Already, he has an EP to his name with eleven songs and he will be releasing two new songs on Monday.

Surprisingly or not, Dog Father was a brilliant student in school growing up.  He was a science student and had the desire of becoming a medical doctor in the Gambia.

He attended Bottrop Technical Junior and Senior Secondary as a science student and did access to nursing training, Dog Father rescinded his prospect in the medical field for music, the career he said he has a future in.

“I was a pure science student. My dad wanted me to be a medical doctor like my namesake, but arts is where I think I belong. I have always been a fan of rap music, so I have gone in for it,” the young artist told The Fatu Network why he circumvented Science for Arts, despite his late father’s longing for him to be a medical doctor.

Dog Father has taken a step in the musical setting a bit earlier before he began performing on stage. According to him, when he completed senior school in 2016, he began drumming and became a very good drummer. His popularity started up when he was a drummer, and this carried on with him on stage.

He told The Fatu Network that, Gambia’s top rapper, ST Brikama Boyo stimulated his journey into rap music. He revealed that ST is his favourite Gambian artist, and he looks forward to having a collab with him.

Why The Name Dog Father?

The young rapper’s stage name, Dog father, has attracted quite the attention from all walks of life. Different people have different opinions about his stage name. Some even called for him to choose a better name. However, the young enterprising rapper told The Fatu Network how and why he named himself Dog Father.

“My namesake is a medical doctor. As a result of that, many people started calling me Doctor. This name has been there for a while and later then, some started shortening it by calling me Doc, Doc. One of my elderly friends then started adding Father to it. So, when I started music, I turned it into Mandinka, which means Wulol-Faama,” he disclosed.

The rapper, after revealing how his name evolved from Doctor to Dog father, further told TFN why he chose the name.

He further told The Fatu Network that, his name is unique and despite calls from people to alter the name, he said he will maintain the Dog Father name because it has a meaning.

In just two years as a rapper, Dog Father has performed as far as in southern Senegal.  He told TFN that, he has offers from Senegal up to Bissau but turned down proposals to concentrate on producing an album next year.

Born and christened Yusuf Saine, the young star lamented that he has financial challenges in shooting music videos. He called on companies to support his career.

Young and buoyant on this path as a rapper, the young star reckoned that he would go great in the industry.

‘ST is number one, and I am number two’, Dada crowns himself GamMusic’s second-best