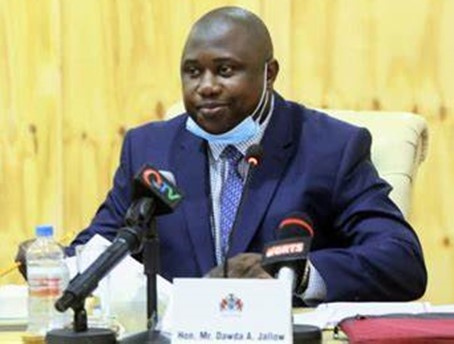 The country’s Attorney General and Minister of Justice has revealed that diaspora voting under the 1997 Constitution could potentially be unconstitutional.

Dawda A. Jallow was addressing the issue of diaspora voting during the 5th Stake in The Nation Forum. He said the country does not have any National Assembly Constituency in the diaspora and as such, any registration of voters outside the Gambia could potentially be unconstitutional as per the 1997 constitution.

The constitution provides that every citizen of The Gambia being eighteen or older and of sound mind shall have the right to vote for the purpose of elections of President and National Assembly and shall be entitled to register as a voter in a National Assembly Constituency for that purpose.

Justice Minister Dawda A. Jallow said the above constitutional provision does in fact grant a right of every citizen the right to be registered to vote but argued that following interpretation of this provision, the constitution limits such registration to National Assembly constituencies which the diaspora is yet to have.

”National Assembly Constituencies are a distinct geographical area demarcated by the boundary commission pursuant to section 50 of the constitution. This raised practical difficulties with regard to the registration of Gambians in the diaspora.

Justice Minister further stated that for diaspora voting to be possible, it will require both a Constitutional amendment and an amendment of the Elections Act which he says were not feasible in the recently concluded Presidential elections due to the mandatory timeline of passing new legislation.

Dawda Jallow however assured Gambians that his office is ready to convene stakeholder meetings between Foreign Affairs Ministry and Gambians abroad, the Independent Electoral Commission and other relevant stakeholders to look into the issues surrounding diaspora voting with a view to finding immediate solutions to them.

Share
Facebook
Twitter
WhatsApp
Linkedin
Viber
Previous articleUDP Expresses Confidence in the Impartiality, Independence and Competence of the Judiciary of the Gambia.
Next articleWhy Is President Barrow’s Inauguration On 19th January