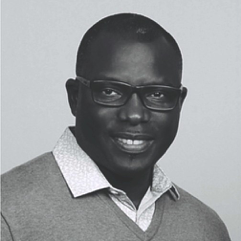 The December 4th Presidential Election is a turning point for The Gambia. It determines whether Gambians are eager to make a ‘Turn Around’ from the inept policies of the current government and implement the transformational change we aspired in 2016 for the prosperity of every Gambian, or continue the current path of political depravity and hopelessness for the average Gambian in Dumbutu, Kiang West. The choices are clear, but the onus to make the right decision squarely rests on the Gambian people.

Likewise, the problems of our country are clear for everyone to see. However, I will list a few, just to be specific:

As I have often shared, these problems, which typify our current society are neither ordained, nor destined. Instead, they are well-established by our own actions. They are the direct consequence of feckless and irresponsible leadership. Like many countries in the Continent, the root cause of Gambia’s political decadence and social stagnancy is simply inept leadership that is immune to discipline and accountability. As the dictum commands, although leadership traits can be acquired, they should never be imitated. Therefore, it becomes a no-brainer that whenever a nation entrusts leadership in ineffectual individuals who have no interest in serving the public but their own gratification, what generally ensues is unaccountability, poor governance and subsequent haplessness for its youths, women and children. The current situation in our country fits this scenario quite aptly.

The role of any government is to create opportunities for its citizenry to unleash their God-given potentials and engender a decent living for themselves and their families – through good governance, political stability and institutional continuity, underlined by an auspicious environment for intellectualism and innovation. On the hand, any government that fails to provide these pre-requisites – by high-jacking the State’s resources for the benefit of just a few, is planting the seeds for its citizens to take matters into their own hands and forcefully snatch their equitable share of the national ‘cake’; it is that simple! Hence, the recent spike of armed robbery in The Gambia. Indeed, Sociology dictates that when the law and conscience do not coincide, then it is the responsibility of citizens to promote justice by disobeying the law, to paraphrase.

Therefore, if we want to solve our national problems and tilt the development trajectory of The Gambia to its right course, we must tackle the root cause of our predicaments by electing capable and competent individuals in public offices – most-importantly, the Presidency. This will then ensure good governance, probity, and institutional reforms, which will ultimately usher the socio-economic and cultural transformation that will put The Gambia on a similar path of Singapore in the 1960’s, China in the 1970’s, and next-door Senegal currently.

In an open letter sent to President Barrow on February 2, 2017 – two weeks after his meteoric ascend to the Presidency, I congratulate him and offered my humble views on how his newly-formed government should thread its development agenda to ensure that we maneuver through the post-twenty-two-year dictatorship of Yahya Jammeh successfully, and provide a new beginning with a new sense of hope for Gambians (https://thepoint.gm/africa/gambia/article/an-open-letter-to-president-barrow-and-party-coalition-of-the-gambia). In that piece, I admonished that Africa continues to occupy the bottom of the totem-pole for human development and social progress simply because of its leaderships’ insatiable thirst for power. I specified that to successfully emerge from the political debauchery of Yahya Jammeh’s past government, his new administration must first, safeguard the transitional agreement of the 2016 Coalition and second, conform to the basic tenets of democracy characterized by constitutional, institutional, and social reforms. I implored Mr. Barrow to beware of sycophancy (being a political amateur), because it merely degrades conscientiousness and prompts demagoguery. I reminded our novice president the unique opportunity at his doorstep to add his name to the coveted list of the ‘Aden Addes’, ‘Toumani Toures’, and ‘Nelson Mandelas’ of Africa. I then wished Mr. Barrow well, and expressed my keenness to re-visit his scripted-version of our national history.

Although I was heartened by the formation of the Truth Reconciliation and Reparation Commission (TRRC) to provide closure for Gambian victims brutalized by Yahya Jammeh, I was more saddened by Mr. Barrow’s failure to simply do the right thing, by catalyzing the ‘Turn Around’ and reform we so desperately yearned for during the 2016 elections. Instead of upholding the Coalition’s gentlemanly agreement, spelled-out in a well-orchestrated Memorandum of Understanding (MOU), Barrow brazenly undermined the MOU (aided and abetted by his ilk), scrapped the transitional agenda, and dashed the fateful hopes of Gambians for national reform and transformation – essentially reeling the country back to its political stagnancy and societal decrepitude.

It is therefore, unsurprising that the current political landscape in The Gambia is inundated with twenty-six Presidential aspirants. Many among them perceive The Gambia as a sweet pie without much dough in its crust. Thus, the size of one’s share is not determined by how deep in the pie you cut, but how wide on its circumference you split. As a result, a toady ‘Ch(J)eetah’ will find it necessary to call upon Gambians to pick up arms if NPP loses the election, while a savvy ‘pigeon’ with a PhD sits quietly in the West, hoping that everything will fall in their right places. To these same candidates, if Adama Barrow can regulate who gets what size of the pie, while Gambians meander along the Atlantic coast smiling, then everyone gets a shot at having the same leverage over the pie. Fortunately, few of the presidential aspirants possess the moral character to remember the poor woman toiling at the Jahaly Pacharr rice fields who has been patiently hoping to get her fair share of the pie.

To fulfill such hope, these level-headed candidates must realize the common goal in this election, which is to set aside their individual ambitions and rally under a unified coalition to get rid of Barrow from the State House. This will avert a much-disastrous likelihood of Barrow’s entrenchment in power and a possible chaotic Gambia where people will have to disobey the law to feed themselves. If we are truly serious about saving The Gambia from its current clutches of political greed, this ‘bigger picture’ must be non-elusive. We orchestrated such mechanism to jettison a twenty-two-year giant in 2016 and should be able to do the same to discard a five-year dwarf in 2021, realizing that there is much greater strength in unity.

It is important for every Gambian to realize that the stakes of this year’s election are higher than ever before. It will literally determine whether we are genuine with our clarion call for a ‘new Gambia’, or willing to recoil to the backwardness of political entrenchment for Mr. Barrow, and utter hopelessness for Gambians. We must therefore, stay vigilant by recognizing the common goal of rescuing our country once again, and entrusting leadership in the capable hands of Gambians who will prioritize competence, integrity, and efficiency in administering our nation’s affairs, and equity in disbursing our State’s resources. We have the capability of creating a better country for our people, and providing them with a dignified livelihood. Per capita, the Gambian is just as pragmatic as any other national in the world. We undergo training in the world’s finest institutions and excel in every professional discipline we engage. Among us are academics, intellectuals, clinicians, technocrats, and entrepreneurs, to name a few. Through visionary leadership, we can reform our education structure, build an industrious human capital, and revamp our cultural mindset towards discipline, work ethics, and national transformation overall.

Since we are taught that the multitude of the wise is the welfare of a nation, we must stand together as one people, with one goal, and for one country. For if we insist on pursuing our selfish interests through sycophancy and toadyism, we will indeed wallow. Let us renew these promises we made to ourselves and to our nation at the time of independence, as enshrined in our National Anthem.

Thank you, and may God bless The Gambia!

Lamin HAN Mbye, PhD is a Gambian-American Neuroscientist, and a current member of the Strategy Group for the Essa Mbye Faal “Turn Around – ‘Sobeyaa’” campaign.

The views expressed in this op-ed are Dr. Mbye’s independent perspectives, and not an official representation of the “Turn Around – ‘Sobeyaa’” campaign. Any reaction or input can be directed at Dr. Mbye. He can be reached at 502-545-3766.

Share
Facebook
Twitter
WhatsApp
Linkedin
Viber
Previous article“Dr. Ceesay Is the Solution to The Gambia’s Problems”-supporters say
Next articleDarboe discloses who will be responsible for his security when he becomes president-elect next month