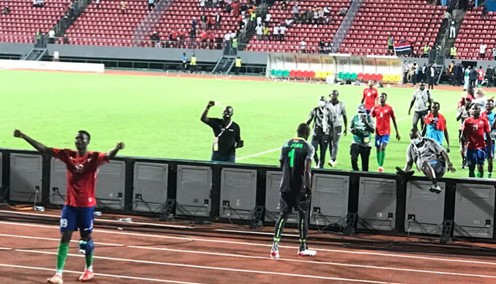 The National Team of The Gambia known as the Gallant Scorpions has set a record in Cameroon as they defeated Mauritania 1-0 in their median appearance in the 2021 African Cup of Nations.