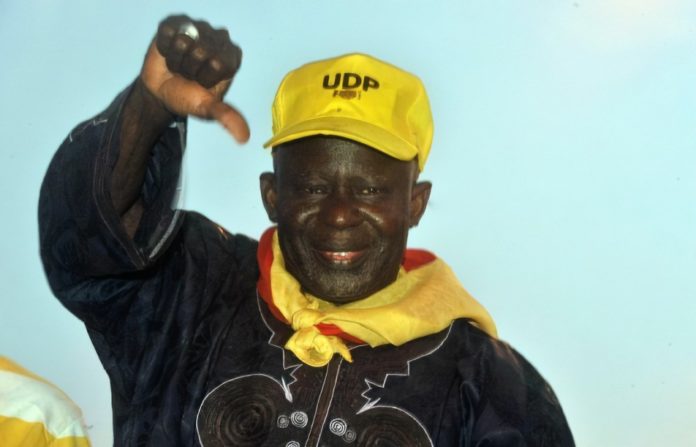 I begin by thanking you for your invaluable service to our country and its people. In 1996, when the military took over, the PPP fled, only you rose up to join the PDOIS as serious challengers trying to uphold our democracy. Since then, you have given, you have sacrificed, you have lost, you have suffered and you have endured. For that, you deserve to be honoured and appreciated, and I thank you.

You helped provide a lifeline that helped our democracy survive and eventually defeat a dictatorship. On December 4, 2021, that democracy was put to a test in the first presidential elections since the dictator was ousted. Unfortunately for you, the results did not turn out in your favour. To the disappointment of many, myself included, Barrow won. Surprisingly, backed by nothing but conjecture, you gathered some strange bedfellows, Essa Faal and Yaya Jammeh (via Mama Kandeh), to announce that you reject the results. A day later, Essa did a “Turn Around” leaving you and Jammeh.

Uncle, it has been a week since that press conference at your house and we are yet to hear any details from you of HOW the elections were rigged in favour of the incumbent! I’ve heard some “non-reasons” raised by some of your supporters, including…

– The incumbent’s margins of victory are too high

– Voter turnout was too good

– Barrow beat us too badly

– The IEC took too long to announce the results

– The incumbent beat us in our traditional strongholds

Unfortunately, none of these explains how the elections were rigged and certainly, none provide evidence that’s admissible in court. Personally, my expectation was that anyone, especially an experienced attorney like you, would have done their investigations and gathered enough credible evidence BEFORE calling a press conference to reject elections results. Since you did not do that, and after a week of not advancing any explanation or supporting evidence to the public, I am inclined to believe that whatever you thought you had is simply not convincing enough to you, and you know it will not pass the smell test in a court of law.

Uncle Ousainou, you know as well as anyone else that the foundation on which a democracy rests is the trust and confidence in the electoral process. Your rejection, without evidence, threatens to undermine that foundation which, mind you, you helped build. I heard the forceful statements you made against that alleged supporter of yours who called for violence in The Gambia to protest the election results. Not only did you condemn the dangerous statements, you called for the suspect’s arrest. While I appreciate your statements and believe that you were 100% sincere when you made them, I cannot ignore the fact that your rejection of the results contributed to and empowered that clown to be bold enough to make such inflammatory statements. Since your rejection, many of your supporters have been angry and have been calling for the president’s removal. “Ayeh jee”, they’re singing.

Sir, it’s undeniable that we need a formidable opposition as we continue to build our democracy. The incumbent’s margins of victory, winning even in opposition strongholds, is far from the best sign of things to come. This rejection of yours carries a threat of eroding voter confidence in our electoral process. If they believe that the incumbent can rig the elections, your remaining supporters may stay away from the polls in the upcoming parliamentary and local government elections, leaving the field wide open for a clean sweep by the incumbent’s party. The APRC is dead, the PDOIS will probably only win 2 seats (Wulli West and Serekunda East) if even, and the incumbent has gobbled up the NRP. Therefore, the country NEEDS a strong UDP.

With all these considerations, I beg of you to either provide credible evidence that you know will convince the Supreme Court to overturn the elections. I’m the absence of such incontrovertible evidence, I implore you to kindly call another press conference, or issue a statement, to announce your acceptance of the results and concede. This reversal of your position will not make you appear weak, it will make you look like a leader who is not too afraid or too proud to admit when they’ve made a mistake – an admirable character trait.

This concession will also release those supporters from their prisons of anger and bitterness, help them find closure, and move on to focus on winning seats in the parliamentary elections.

With warm regards to you and all your loved ones,