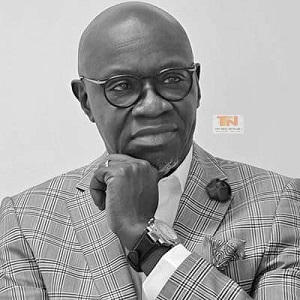 Following a string of robberies and theft at the Dalaba Estate and the recent arrest of a group of suspected criminals believed to be among the many criminal gangs within the estate, a cross-section of frightened residents of the Dalaba Estate have expressed their disappointment and angst towards the CEO of Taf Global Africa and developer of the Estate, Mustapha Njie over “unfulfilled” marketing promises, including security, streetlights, and a gated community in the estate.

Reggae, hip-hop, and Afro-Manding artist, Singateh (pronounced ‘sing-ar-teh’) who also goes by the moniker Freaky Joe and owns a residence at the Dalaba Estate, says he has spent at least three million dalasis (D3,000,000) to buy his house at the Dalaba Estate while revealing that he has now lost all respect for Mustapha Njie.

“This is very sad. People, including myself, have spent over D3 million dalasis. So how much D3 million has Mustapha collected from this estate and after selling everything, he jumped like a frog and moved to Taf City without completing here? We are very upset.

I had lots of admiration and respect for Taf because of his success but as things stand, I am very disappointed and I have thrown all that respect away since his last statement about the Dalaba issues, where he indicated that he is not responsible for Dalaba and that he is just a developer after failing the promises he made to sell Dalaba to his customers, especially the diaspora.

I could recall he had a tour while I was in Norway when he clearly promised that Dalaba will be one of his best estates, and he promises a gated estate, security, and pavement for all the streets. All of these are things he has not fulfilled. Instead of showing remorse to families that have been affected, he came with a bold statement that he’s not responsible for Dalaba which hurts many residents in Dalaba after failing 40 per cent of the promises,” Freaky Joe says.

“Like many of us saw it – the Taf promotional video circulating online is what convinced most of us to buy a house in his estate because, in this video, he made lots of promises that we all trusted and went ahead to buy a house from him. To date, most of these promises are not fulfilled.

One of the things Taf promised was to bituminise roads in the entire estate but as of now, Taf has not even completed 30% of that promise. Secondly, Taf promised a perimeter fence to round the estate; to date, Taf has not fulfilled this promise. Taf also promised that the Dalaba Estate will have one thousand (1000) trees, but we have only seen a few on the first street and the estate is like a desert. The workmanship of the houses is very, very poor. After spending millions, the windows of my house do not close and up to now, Taf has not been listening to us. He is doing nothing about it.

This is why we are fed up and in the past few days, we have all seen what is going on with these thieves. Yes, if we had the fence this could be controlled. We need this fence to be completed. If Taf doesn’t do anything, I will be pleased with other homeowners to sue Taf. We will definitely sue him because that is all we can do. We worked so hard for our money to get these houses and he promised us things he is not doing. What can we do about it? The only thing we can do is sue; that is what we are going to do,” Abubacarr threatens.

“I’m a resident of Dalaba but right now I am so disappointed; not only me but everybody is also disappointed. The reason many of us bought these houses from Taf was because of the promises he made. However, for me, my main concern is security. You cannot build an estate that has no security or a gate. His promise of gating, fencing, providing streetlights, and many other promises are hanging right now.

As residents, some things are our responsibility but when it comes to security, Taf needs to try and respect human rights because you cannot do business where people have spent 2-3 million dalasis without fulfilling the promises. In fact, you can actually build your own house from scratch with that kind of money. But because of his advertisement and the promises he made especially about security, I thought well let me go to the Gambia because living in a secure place is worth it. This is why I bought a house in Dalaba.

I used to go to the Gambia every year, but I have not since last year because I’m afraid. I am a single mum and I have two children who I always go with to the Gambia for holidays, but I feel it is not safe for me anymore. I spent my last holiday in the Gambia with my mum because I was afraid to go to my house in Dalaba. This is because it is an ungated estate, and I could be attacked in my sleep. Being in the country and afraid to sleep in your house is hard.

So, Taf needs to fulfil his promises. The money we have spent on our houses is too much and it is we and God who know how we got that money. Before Taf goes and concentrates on Taf City, he has started a project that he has not completed. Before fixing a gate at Taf City where there is nobody, why not Dalaba where there are people? Since thieves broke into my house in 2019 when I moved in, I have been scared to live in Dalaba,” Fatoumata, a single mum of two, bemoans.

Just like Fatoumata, Momodou Camara also bemoans the lack of security within the estate and blasts the real estate developer for building “cheap houses” while “bragging to the world about how it is a dream home”.

“We have been promised so much by TAF just to realize that most of what he was advertising was never going to come to fruition. To start with, TAF built cheap houses for us and bragged to the world about how Dalaba is a dream home.

There is a security breach that I am not sure most people are aware of, and I am not sure if it should be open for discussion since we don’t know everyone who sees or listens to our messages. Most buildings are leaking during the rainy season.

The plumbing is poorly done to an extent that when you flush, it doesn’t drain all the way. The front of Dalaba is what convinced most people to buy homes there but nothing that was advertised has yet come,” Momodou tells TFN.

Amina Aziz, who is an African-American married to a Gambian, also owns a property at the Dalaba Estate. She says she thought Dalaba was going to be her dream home, but instead, it has turned into a nightmare.

“I purchased my home at Dalaba thinking it would be my dream home, but it has suddenly turned into a nightmare. About two years ago, there was an attempted burglary at my home, I met the thieves at the door, Alhamdulillah. But security and safety are most important now and it is a problem where we need help. We are suffering here. We have been victimized and this is ongoing,” Amina admits.

Here are, in verbatim, some of the key unfulfilled promises from the media team of these concerned Dalaba residents:

“1. They promised to do a secured perimeter fence around the estate – not completed, and the fence is just 1.8m high without razor wires

The CEO of Taf Global Africa, Mustapha Njie, who developed the Dalaba Estate and is facing these accusations, was contacted for comments on these claims but he told this medium that he and his team will communicate their side of the story soon.

Police Officer Who Testified At TRRC Complains Of Discrimination, Provocation