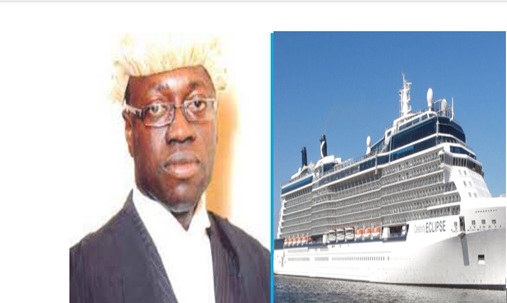 Badou SM Conteh, lawyer of Cruise Ship Crew Gambia, has expressed his disappointment over the conduct of some Gambians whom he said have absconded while on deployment abroad.

Cruise Ship Crew Gambia is a company that recruits young Gambians to work as crew members abroad American Cruise Ship Companies as well as offer skills training to young people, who if successful in the process, will be employed to work for the cruise ship companies globally.

The company employs waiters, restaurant stewards, cooks, laundry attendants, gallery utility, storekeepers, cleaners, as well as other positions such as security, photographers among others.

Recently, the company is said to have employed approximately three hundred (300) Gambians who are now work as crew members abroad.

The operation of Cruise Ship is seen to many young people in the country as an opportunity for them to travel abroad and work in luxurious places without embarking on irregular migration.

However, many people who have been recruited and are waiting deployment are now living in fear of being rejected by the US Embassy as some have already been rejected. This comes after some crew members absconded.

Lawyer Badou SM Conteh described the absconding of people as ‘bad behaviour’ that can tarnish the image of The Gambia.

“We are not happy at all, and this is a very bad behavior. It will not only spoil the chance for others, but it will also tarnish the reputation of the country.

If you don’t want to work in the crew that’s fine, but don’t use the crew as opportunity for traveling to America or other countries,” he emphasized.

He said the rate of unemployment in the country is very high, adding that the government cannot employ everyone.

“We all know how costly it is to get US Visa, but with the crew ship, the Embassy is charging only fifteen thousand dalasi (D15, 000),” Badou disclosed.

The Cruise Ship lawyer urged Gambian youths to stay away from absconding while on mission abroad, adding that lot of efforts were made to bring the Cruise Ship in the country.

Mr. Conteh disclosed that they have not rejected anyone except those who were once rejected by the Embassy due to fraud in visa application.

“The President has also help seventy-two people (72) to be trained on sea tracking which is a fundamental requirement for every employee. Currently, he sent us a list of two hundred people who will be trained and employed in the cruise ship. He (President Barrow) told me that he is supporting the process to minimize the rate of unemployment,” said Badou Conteh.

Badou said as part of his efforts to help young Gambians, he has paid for medical test for many people who are currently working aboard in different ships.

“I have seen many people insulting me on social media. This is not necessary. From now on, we are going to bond everyone who will be employed in the ships. Before, the bonding was free but now they have to pay,” he added.

According to an anonymous source, the cruise ship jobs are paying well and changing the lives of those they employ.

“My friend is already working on the ship in America, and he is getting very good salary. Last week, I was rejected visa due to the actions of those who keep absconding.”

He urged people to stop absconding to preserve the opportunity for other Gambians.