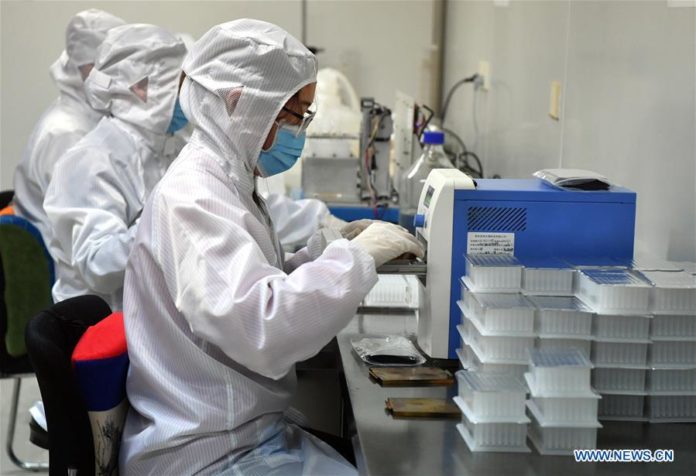 A new report by the World Health Organization and the World Bank has revealed that the COVID-19 pandemic is likely to halt two decades of global progress towards Universal Health Coverage.

The organizations also reveal that already before the pandemic more than half a billion people were pushed or further pushed into extreme poverty because they have to pay for health services out of their own pockets, and that the pandemic is likely to make the situation worse.

The findings are contained in two complementary reports, launched on Universal Health Coverage Day on 12th December 2021, highlighting the devastating impact of COVID-19 on people’s ability to obtain health care and pay for it.

In 2020, the pandemic disrupted health services and stretched countries’ health systems beyond their limits as they struggled to deal with the impact of COVID-19. As a result, for example, immunization coverage dropped for the first time in ten years, and deaths from TB and malaria increased.

The pandemic also triggered the worst economic crisis since the 1930s, making it increasingly difficult for people to pay for care. Even before the pandemic, half a billion people were being pushed (or pushed still further) into extreme poverty because of payments they made for health care. The organizations expect that that number is now considerably higher.

Dr Tedros Adhanom Ghebreyesus is WHO Director-General “There is no time to spare, all governments must immediately resume and accelerate efforts to ensure every one of their citizens can access health services without fear of the financial consequences. This means strengthening public spending on health and social support and increasing their focus on primary health care systems that can provide essential care close to home,” he said.

Adding that, “Prior to the pandemic, many countries had made progress. But it was not robust enough. This time we must build health systems that are strong enough to withstand shocks, such as the next pandemic and stay on course towards universal health coverage.”

“Even before the COVID-19 pandemic struck, almost 1 billion people were spending more than 10% of their household budget on health,” said Juan Pablo Uribe, Global Director for Health, Nutrition and Population, World Bank.

“This is not acceptable, especially since the poorest people are hit hardest. Within a constrained fiscal space, governments will have to make tough choices to protect and increase health budgets,” he added.

In the first two decades of this century, many governments had made progress on service coverage. In 2019, prior to the pandemic, 68 per cent of the world’s population was covered by essential health services, such as pre-and post-natal care and reproductive health services; immunization services; treatment for diseases like HIV, TB and malaria; and services to diagnose and treat noncommunicable diseases like cancer, heart conditions, and diabetes.

But they had not made such advances in ensuring affordability. As a result, the poorest groups and those living in rural areas are the least able to obtain health services, and the least likely to be able to cope with the consequences of paying for them. Up to 90 percent of all households incurring impoverishing out-of-pocket health spending are already at or below the poverty line – underscoring the need to exempt poor people from out-of-pocket health spending, backing such measures with health financing policies that enable good intentions to be realized in practice.

Besides the prioritizing of services for poor and vulnerable populations, supported through targeted public spending and policies that protect individuals from financial hardship, it will also be crucial to improve the collection, timeliness and disaggregation of data on access, service coverage, out-of-pocket health spending and total expenditure. Only when countries have an accurate picture of the way that their health system is performing, can they effectively target action to improve the way it meets the needs of all people.

Together, these two new reports offer both a warning and guideposts to all countries as they strive to build back better from COVID-19 and keep their populations safe, healthy, and financially secure.