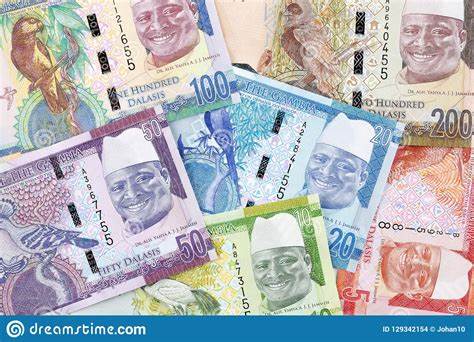 The Police Anti-Crime Unit on Wednesday, February 9, 2022, confirmed the arrest of three individuals, a Gambian, Senegalese and Guinean for being in possession of fake currency.

The three individuals who are currently under custody and helping the police with their investigation were arrested following a tipoff, according to security operations.

“The suspects, Amadu Jah 34, Omar Jallow and Sulayman Barry are currently in custody helping investigators unravel the whole truth behind their nefarious and unlawful operations. When their residence in Jambur was searched, stash of fake CFA in 1000 denomination and Gambian dalasi of the 200 denomination was found, which are all counterfeits,” the police told the press.

The force further revealed that a search revealed bunches of black paper cut into the size of currencies which investigators believed was going to be used to print more counterfeits. Suspects they say will be charged and paraded in court as soon as investigation into the matter is complete.

Currency counterfeiting has become a major concern in recent times as reports of fake notes infiltrating Gambian markets are raised. In January 2021, The Gambia Police arrested two individuals in possession of fake money amounting to over one hundred thousand dalasi. The Police PRO Superintendent Lamin Njie gave an insight on how the syndicates operate in distributing counterfeit money.

“The suspects used the fake monies and went to the market and bought retail commodities. They would take the fake notes and buy something that is worth D10, D15 or D20, the trader or the shopkeeper would return them a huge number of authentic notes as change,” Lamin Njie said.

He further noted that the suspects would regularly go to the foreign exchange bureau to change these monies.

“They will bring along D20, 000 and say they want to change it to Euro. If you give them the authentic Euro you will only be left with D20, 000 fake currencies,” He ended.