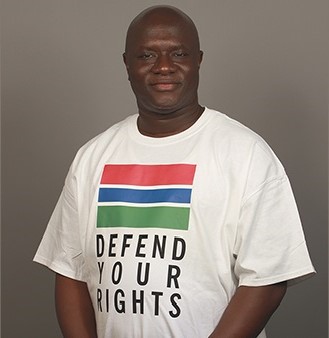 The violent actions of these citizens [as seen in a video carried by Kerr Fatou] should be investigated and those found stoning the police should be brought to book. Citizens must recognize and uphold the fact that they should always remain peaceful and nonviolent even in their strongest disagreements about anything.

Political parties, and in this case, UDP in particular should enlighten their members or supporters to exercise restraint and maintain peace at all times even if they disagree. It serves no party’s interest to have its supporters engage in violent acts. Even when provoked, citizens must seek the path of peace and human rights.

Above all, citizens must not violently vent out their grievances on law enforcement officers. Much as we condemn police brutality so also should citizens refrain from violently attacking the police, threatening lives and causing damage to property.

There exist the necessary mechanisms in this country through which citizens, politicians, communities, associations and political parties can employ to seek and obtain justice and accountability. We have seen these mechanisms being utilized to that effect from 2017 to date. This option should always be used.

At this juncture it is utterly necessary to highlight the urgent need for robust security sector reforms to empower and enable the police to better respond to public assemblies. Both the police and the public should be responsible enough not to provoke violence in anyway. Apparently, this was the case in Brikama on March 10, unfortunately.

Police officers must particularly be told that while they have a right to defend themselves from violent rioters. However, the moment a rioter is overpowered by officers, there’s no justification anymore to hit that rioter.

In the meantime, the authorities and all stakeholders should demand an investigation into the acts of police brutality and the violent actions of these citizens in this Kerr Fatou video.

No to police brutality. No to a culture of violence.