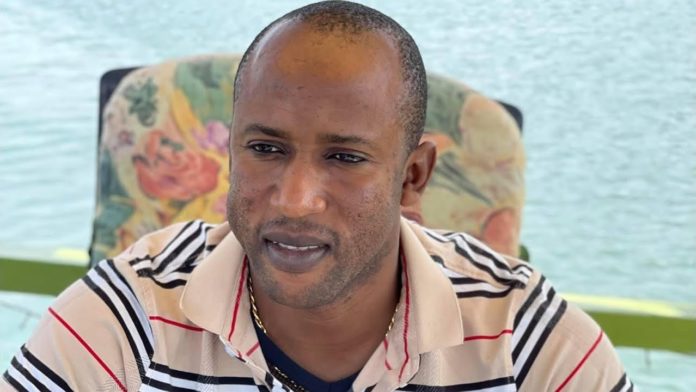 Famous comedian Baba Jah has said he has escaped a drive-by shooting in the United States.

Mr Jah posted a 59-second video on his Bah Ebou Facebook page Saturday where he is seen showing a bullet and a bullet hole in his car.

In the video, Mr Jah said he doesn’t know who were behind the act. He also in the video displayed his amulets saying he always wear them in America.