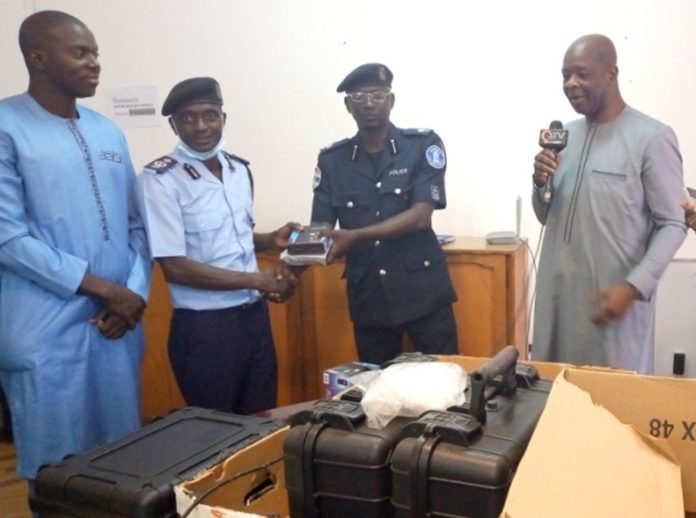 The country’s Ministry of Transport, Works and Infrastructure has as part of its agenda to combat road traffic accidents provided The Gambia Police Force with road traffic equipment including speed radars (the most common police speed measuring devices) and breathalyzers (a device used for estimating blood alcohol content from a breath sample).

This is in direct response to the growing rate of fatal road accidents. The ministry made the presentation to The Gambia Police Force at a ceremony held at the ministry’s conference room in Kanifing.

The items include three speed radars or speed guns, five breathalyzer or alcohol detectors and 500 copies of accident reporting templates for data capturing.

The equipment is expected to help capacitate the Force’s mobile traffic unit, as they seek to professionally fight road traffic offences and minimise road accidents.

The presentation was done by the Permanent Secretary in the Transport Ministry Mod K. Ceesay and received on behalf of the Police by Commissioner Police Mobile Traffic Lamin King Colley.